Will Yamaha kickstart its off-road proceedings in India with the WR 155 R? 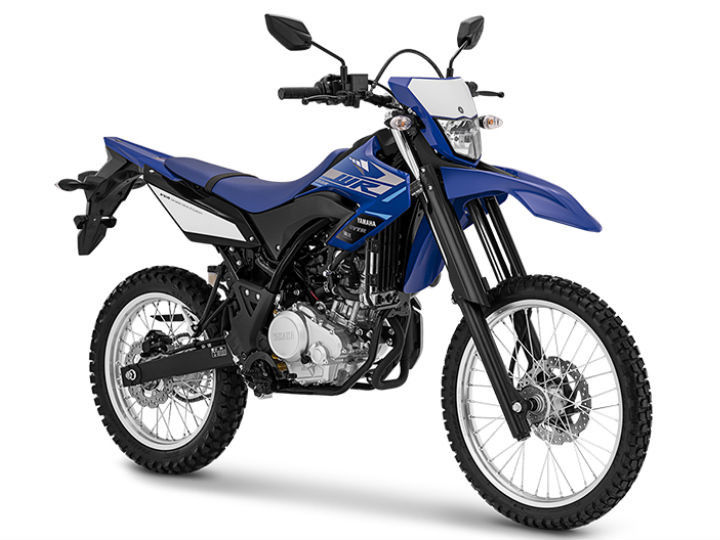 Yamaha India made an important announcement last year that it will be focusing on premium/non-commuter motorcycles going forward. This decision is similar to the one taken by Suzuki many years back. It’s a significant one as the Japanese brands stepped away from the volume segment (commuters) in pursuit of the next big thing. Given the fact that even mighty ol’ Honda couldn’t budge Hero from the top, it was a wise decision.

With focus on performance bikes, Yamaha has already launched the R15 V3 and the MT-15 in our market. However, there are two bikes from its international portfolio in the same segment that haven’t made their India debut yet: the XSR 155 and the WR 155 R. Of the two bikes, we are focusing on the latter as it could be the triple tuning fork’s gateway product in the adventure segment. While the Royal Enfield Himalayan and the Hero XPulse 200 are proper adventure tourers, the WR 155 R is a hardcore off-roader. So let’s try to figure whether it makes sense or not for the Indian two-wheeler market.

Why it makes sense:

The Yamaha WR 155 R is powered by the same BS6-compliant motor as seen on the Yamaha R15 and the MT-15. Engine is among the most expensive aspects of a bike. Since the powerplant is already manufactured in India, that’s one big cost and hindrance out of the way for Yamaha. However, in the off-road bike, the motor has been detuned and produces 16.7PS (19.3PS on the R15) and slightly lower torque at 14.3Nm.

But the peak torque arrives 2,000rpm lower and the revised gear ratios have been tuned for better low-end performance, something that’s crucial for off-roading. It’s also pretty light at just 134kg (kerb weight) and that should make the performance peppy.

Talking about off-road riding, the WR 155R has all the necessary hardware for the purpose: 21-18-inch spoke wheels wrapped around knobby tyres, long-travel suspension and a massive 245mm ground clearance. As you can see, unlike the Himalayan and the XPulse 200, the Yamaha offering is designed for hardcore off-road riding.

The only other such alternatives are from Suzuki and Kawasaki but they are super expensive and aren’t road-legal like the WR 155 R. The Indonesia-spec model doesn’t get ABS, but the India-spec variant could feature a single-channel unit.

Why it doesn't make sense:

The Yamaha WR 155R has a scarily tall 888mm seat height. To give you guys a perspective, that’s 65mm more than the XPulse 200 and a whopping 88mm taller than the Himalayan. Seat height is a big factor for Indian buyers and this can scare a lot of prospective buyers, something that Yamaha can’t afford. While such bikes are hugely popular in Southeast Asia and Indians do share almost similar builds, riders from those countries aren’t bothered by the tall seat height.

Range anxiety
A lot of Indian riders have the propensity to consider one motorcycle for a variety of purposes. Hence, such riders invariably end up taking a bike like the Yamaha WR 155 R for touring too. However, the puny 8.1-litre fuel tank might be a hindrance while riding long distances. In comparison, the Yamaha R15 and the MT 15 have an 11- and 10-litre fuel tank capacity respectively. Since the engine isn't particularly frugal, you’re looking at a range of a few hundred kilometres and this means a bunch of fuel stops when munching miles. Another point of concern could be the rather slim pillion seat. Yes, first bikes are meant to be ridden solo to have some sideways fun on the dirt, but in India, pillion comfort matters.

Indians are price sensitive and our country is among the most difficult two-wheeler markets in the world to crack. While buyers have been more open in their purchase decisions and many other segments (apart from commuters) have witnessed tremendous growth, we are still conservative.

Even adventure tourers are slowly finding a footing for themselves and the concept of a proper off-road bike is alien for many. If Yamaha is able to crack that barrier, the other big obstacle will be competitive pricing. Only if it manages to sandwich the XPulse 200 and the Himlayan and manage to price the WR 155 R around Rs 1.50 lakh (ex-showroom), does it have any opportunity for success.

As you would have concluded by now, the prospects for the WR 155 R are very bleak, but don’t we all love to support an underdog?