These Are The 5 Most Iconic Yamaha Bikes In India

As the Japanese manufacturer celebrates its 65th birthday, we look back at some of its most important models in India 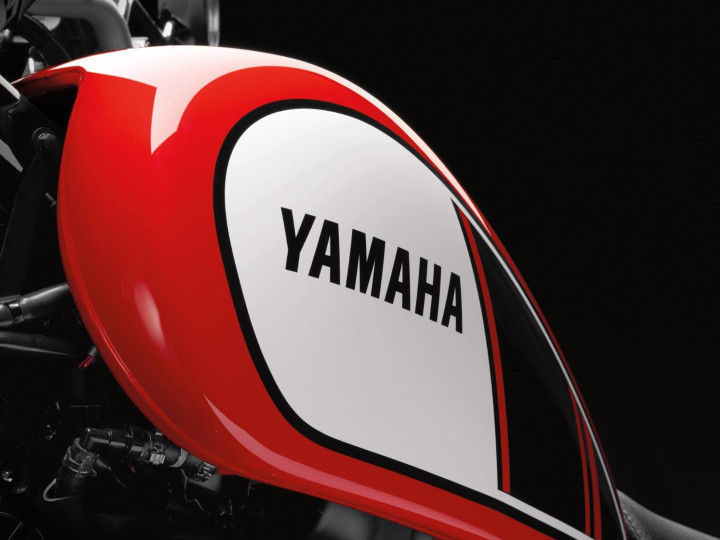 The 1st of July is an important date every year because it marks Yamaha’s birthday. Even more so this year because the Japanese brand is celebrating a landmark 65 years of existence. We in India haven’t known the company for this entire duration, of course. Yamaha first entered the Indian market through a joint venture in 1983, and the local arm only became a 100 per cent subsidiary of Yamaha Motor Co., Ltd, Japan in 2001. Nevertheless, in the time that Yamaha has operated in our country, it’s brought us some pretty special motorcycles. Today, the company is also on the frontlines of the battle against COVID-19, and as a tribute to the tuning fork brand, we take a look back at the 5 most iconic Yamaha bikes sold in India.

Today, Yamaha makes a very deliberate effort to portray itself as a performance-oriented brand of motorcycles. But many moons ago, without even trying, it brought us one of the most capable motorcycles that Indians had ever got their hands on at the time. Yes, of course we’re talking about the RD350. It didn’t gain the ‘rapid death’ moniker for nothing. Sure, the Indian version’s 31PS was no match for the 40-odd PS of the Japanese original, but compared to the Jawa 250s and Enfield 350s of the time, the Yammie was an absolute rocketship.

Another important area where the Indian version was compromised was braking, having to make do with drum brakes at either end while the international version received a much-needed front disc. The downright scary performance and dismal fuel efficiency resigned the RD to cult status, but this is a following that the bike enjoys even today.

The RD was well ahead of its time and therefore perhaps misunderstood by buyers,. But by the time the original R15 rolled out in 2008, Indians were starting to take an interest in performance-oriented motorcycles. Suddenly, enthusiasts could trade in their Karizmas and Pulsars for a proper sportsbike that looked a whole lot like its bigger brother, the R1.

Its numbers were humble: a 149.8cc single producing 17PS,. But with its Deltabox perimeter frame, clip-on handlebars, rear-set footpegs and well-balanced suspension setup, the R15 was a fine handler, the likes of which we’d never seen before. The formula was a hit among buyers, and the R15 lives on even today, continuing to be a trailblazer by offering litre-class technology like variable valve actuation in the 150cc segment.

It starts off as a low burble in the distance, a pair of fierce eyes honing in on you. As it draws nearer, the burble grows into a deep, booming howl with blaring pops on the upshifts as the bike screams past you. Anyone who’s ever been within a mile of a rapidly accelerating R1 is unlikely to ever forget the occasion.

The cross-plane motor has been singing its canorous song on our roads since late-2009, when it was offered as a 180PS superbike without so much as a traction control system. All this proved to be a bit too much for Indian buyers, most of whom opted for the kinder FZ1 which delivered upwards of 150PS at a mere Rs 8.7 lakh.

It was quite obvious that the RD350 wasn’t everyone’s cup of tea. So a couple of years later, Yamaha introduced the RX100 which was far more affordable to buy and run. The idea of a simple, rugged yet powerful 100cc two-stroke bike was well-received by buyers, and the RX could be seen with all sorts of riders aboard.

From the simple family man using it for his everyday commute to the street-racer with his souped up version sporting expansion chambers. The RX100 enjoyed great success in its 11 years on the market, to the point where the only changes ever made were to the pinstriping and an upgrade to a 12V electrical system.

The FZ16 certainly can’t lay claim to being one of the pioneers of the 150cc movement in India. That accolade goes to bikes like the Hero Honda CBZ and Bajaj Pulsar 150. But what the 'lord of the streets' did do is take the game forwards, by a whole lot. Whereas the Indian bikes looked like scaled-up commuters, the FZ16 looked like a shrunken version of the mighty FZ1.

With that chunky 140-section rear tyre and digital instrumentation, it wowed nearly everyone that walked into a Yamaha showroom. And with class-leading refinement levels, it blew away everyone who rode it too. Like the R15, the FZ has ridden into the 2020s as well. Now in a fuel-injected guise, it might not be able to match its rivals for performance, but its trademark refinement still remains.

The smallest ‘cruiser’ available in India today is the Suzuki Intruder with its 155cc motor, but way back in 2003, Yamaha gave the common man a budget Harley experience with the humble 123cc Enticer. Low, long and with pukka beach bars, the bike saw reasonable success in its 3 years on the market and remains one of the most memorable Yamahas to be sold in India.

In recent times, the brand’s commitment to performance motorcycles hasn’t been quite as strong as before, at least in India. But here’s hoping for many more years of trailblazing motorcycles from Yamaha in the future. But it’s not just limited to motorcycles, Yamaha does a whole lot more besides that. The company has even won Olympic gold medals and Grammys. Intrigued? Head here.