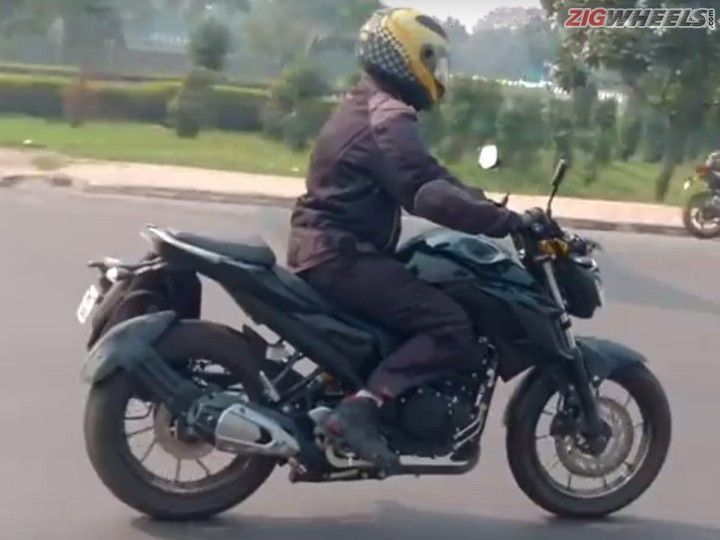 The entry-level performance bike segment in India has started to gain traction as some manufacturers have started introducing their quarter-litre and above offerings. Yamaha, although expected to be at the forefront of the game mainly due to its long presence in the Indian two-wheelers space, has not been that active in this segment until now. Since the launch of the YZF-R3, Yamaha has raised a lot of hope among biking enthusiasts in the country. Now, spied images of a motorcycle have been snapped on a highway in Delhi which largely hints at the styling of recent Yamaha bikes. On close inspection we can see that the upcoming Yamaha motorcycle shares its underpinnings with the Fazer 250 that is currently sold in the Brazilian market. We expect the motorcycle in contention to be named as the Yamaha FZ 250 in the Indian two-wheeler market.

Which means, the motor could be the same 249cc oil-cooled, single-cylinder, fuel-injected mill that develops 20.7PS of max power and 20.4Nm of peak torque. Power is transmitted to the rear wheels via a 5-speed gearbox. The single-pot motor will be BS-IV ready and will allow Yamaha to price the bike aggressively. The Yamaha FZ 250 was equipped with telescopic forks at the front and a monoshock at the rear. It also features disc brakes at both ends, but unfortunately did not have ABS components present near the wheels

Moving to the other aspects, the bike features a diamond-type frame. The riding position is upright with mildly rear-set foot pegs and slightly raised single piece handlebar, suggesting street bike credentials. Design-wise, the test mule carries the street bike look that is similar to the FZ-S and also the M-Slaz sold in the Malaysian market. At the front, the compact bikini fairing fits between the forks and sports a LED headlamp unit that has been carried forward from the M-Slaz. The fuel tank is sculpted and comes with meaty tank extensions that gives the bike an aggressive look. Other design highlights include split seats and the rear that narrows down to a sleek and petite LED tail lamp unit. The stubby exhaust is enclosed in a plastic casing with a silver-finish panel.

The overall form of the camouflaged bike confirmed that the bike is close to production standards, hinting its launch to be by the first half of 2017. Yamaha is also likely to export the made in India FZ 250 motorcycle to other international markets. On the price front, expect the bike to carry a sticker tag between Rs 1.5 to Rs 1.7 lakh, ex-showroom. Competition-wise, the 250cc offering with lock horns against the Honda CBR 250R, KTM 200 Duke and the upcoming Bajaj CS400/Kratos.