Here’s What’s in Store For Motorcycle Enthusiasts In June

From a 150cc commuter to an 1100cc track scorcher, there’s something for everybody this month 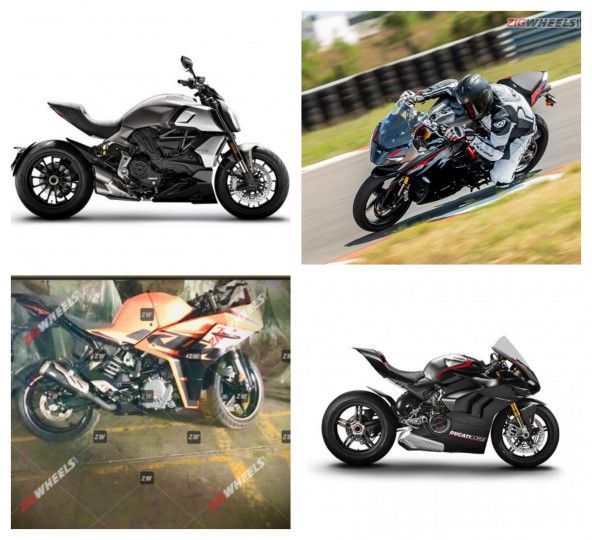 The second wave of the COVID-19 pandemic slowed down the automotive industry but we saw some interesting launches last month. Now, with the industry kicking the doors back open, this month could bring a bunch of highly-awaited motorcycles to our market.

Months of rumours and speculations will finally be laid to rest this month with the launch of the 2021 KTM RC 390. The current model has already been discontinued and select showrooms have already started accepting unofficial bookings for the new bike. Even the recent spy shots suggest the bike is ready to hit the showrooms.

What was initially expected to be an ADV turned out to be a half-hearted attempt to create a neo-retro motorcycle. The upcoming bike is based on the Yamaha FZ and is likely to be priced around Rs 1.15 lakh. A bunch of spy shots from the Yamaha FZ-X’s commercial shoot give out quite a lot of details. You can find more details about the bike in this story.

Originally scheduled to debut in April, TVS opted to delay the launch of the next iteration of its flagship supersport. So far, the Hosur-based manufacturer hasn’t revealed any details of the 2021 Apache RR 310, however, this story gives you a glimpse of what to expect from the update.

We have been waiting for this motorcycle for a long time, and hopefully this month, the wait comes to an end. Details ranging from the engine and chassis, down to its speedometer are already known, and the only thing everyone awaits is the pricing of the bike. We expect the 2021 Royal Enfield Classic 350 to be priced around Rs 1.75 lakh.

Ducati promised to bring in 12 motorcycles to the Indian shores this year and looks like the Diavel 1260 is next on the cards. The Italian brand has already shared a teaser of its wild child on its social media handles, hinting that the launch could be as early as this week. The Italian power cruiser will take on the Triumph Rocket 3 familia which starts at Rs 19.95 lakh.

A month after the debut of the Streetfighter V4, Ducati is finally bringing in its supersport sibling-- the Panigale V4 -- in BS6-compliant avatar. The brand has already started accepting the bookings for the track scorcher and deliveries too are expected to commence this month. Ducati is likely to price the Panigale V4 around Rs 25 lakh (ex-showroom).

With the launch of the Panigale V4, it would just be the Multistrada V4 that would be left out of the Indian market. That said, the Italian brand has already started teasing the bike on its social media handles and even started accepting unofficial bookings, so we expect Ducati’s most powerful ADV yet to make its appearance sooner rather than later.