The facelifted Innova, which made its world premiere in Indonesia, gets a host of cosmetic and feature additions 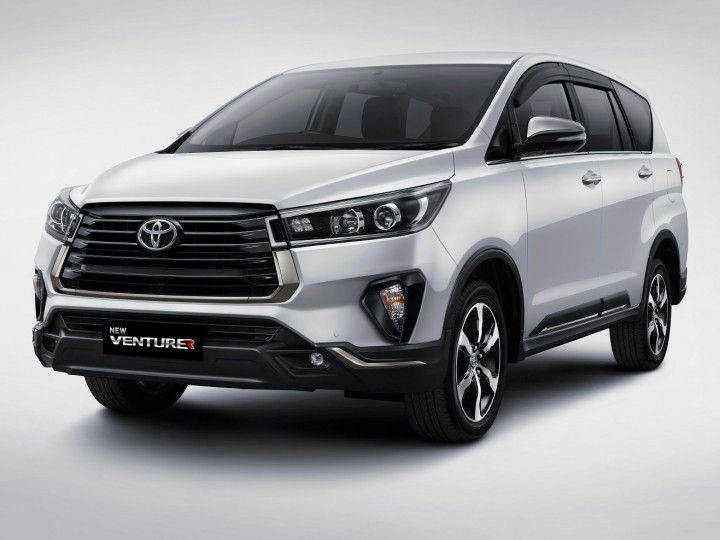 The Innova Crysta, one of India’s most popular MPVs, has just received a facelift in Indonesia featuring cosmetic revisions. This is the first update for this iteration of the Innova Crysta. The updated MPV is likely to reach India by the first quarter of 2021.

The most noticeable update is at the front with a redesigned all-black grille which loses the silver elements. It also sports dual-barrel headlamps that look similar to the pre-facelift model, but the bumpers are new and sharper. The Innova continues to employ LED fog lamps while the indicators sit separately in their housing.

The only noticeable difference on the side is in the form of new dual-tone alloy wheels while the rear now features black elements on the tailgate and bumper to break the visual mass. Overall, Toyota has tried to make the Innova look sportier than before.

Step inside the updated Innova Crysta and the dashboard’s basic layout has remained unchanged. The keen-eyed will notice the all-black upholstery for the Indonesia-spec range-topping Venturer variant, though the India-spec model could employ lighter colours to make the cabin airier. It also gets a slightly redesigned instrument cluster and larger 9-inch infotainment which finally comes with Android Auto and Apple CarPlay.

The Indonesia-spec Innova doesn’t get any changes under the hood. It retains its 2.0-litre petrol and 2.4-litre diesel engine options. We expect the same for the India-spec model, which should retain the outgoing model’s 150PS 2.4-litre diesel engine and 166PS 2.7-litre petrol engine. Both engines are likely to be offered with the 5-speed manual and 6-speed torque converter automatic transmissions.

The pre-facelift Innova Crysta is priced from Rs 15.66 lakh (ex-showroom) and we expect the facelifted model to command a premium when it goes on sale in early-2021. Rivals include the MG Hector Plus and the upcoming Tata Hexa BS6.