From new cars to new prices, here’s what you may have missed last week 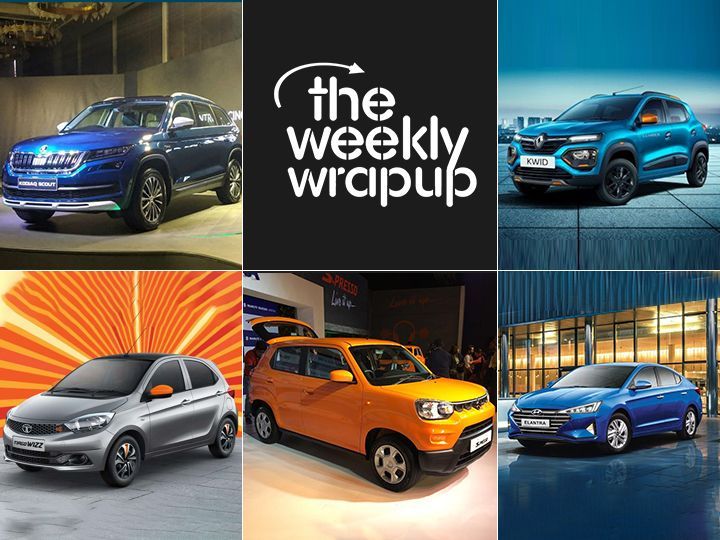 The past week was a busy one for the Indian automotive industry, with positive news and multiple car launches. The industry is clearly in recovery mode, and with the approaching festive season, the sentiment is expected to translate into sales. The week began with two launches, followed by the re-opening of MG Hector bookings. Then we witnessed the formation of a joint venture between Ford and Mahindra. More launches followed through the week, ending in high spirits courtesy of Maruti Suzuki’s celebration of Nexa and BS6 car sales landmarks.

We finally got to see the Maruti Suzuki S-Presso at its launch event on Monday. The HEARTECT platform-based car comes with a BS6-compliant engine. It is styled to be a mini crossover-hatchback with comfort and convenience features which raise the bar for its segment. To know more about the S-Presso click here. Want to know how it compares with its competition? Click here.

The Scout variant of the coveted full-size SUV was launched on Monday with a lower-than-expected price and upgrades to make it even more suitable for Indian roads and off-roading. With a features list to make you drool, the Scout makes this family SUV tougher and more rugged. Skoda’s Director of Sales and Marketing, Zac Hollis, gave us a sneak peek of the company’s launch timeline. To know more about upcoming Skoda cars, click here.

Hyundai brought the 2019 Elantra to our shores at last. The new car gets a facelifted front and rear, and a BS6-compliant engine. The styling is sharper than before and makes the car look lower and wider than it is. To know more about the Elantra and to see how it compares with its competition, click here.

The Kwid facelift was finally released on Tuesday, and it raises the bar for its segment just like the previous one had done. Comprehensive updates to the fascia and a redesigned interior make the Kwid a desirable cross-hatchback. To know where the Kwid stands in the segment, click here. For prices and variants, click here.

There’s a new Tiago variant out now, and it’s called the Wizz. The Wizz made a comeback yesterday with orange inserts in the grille, wheel covers, and interior trim bits. It has a titanium-grey paint and orange door mirrors. Based on the XZ variant, the Wizz adds style to the Tiago range. To know about this stylish special edition, click here.