Likely to be based on the Tiago XZ variant, this one will get cosmetic tweaks for the festive season 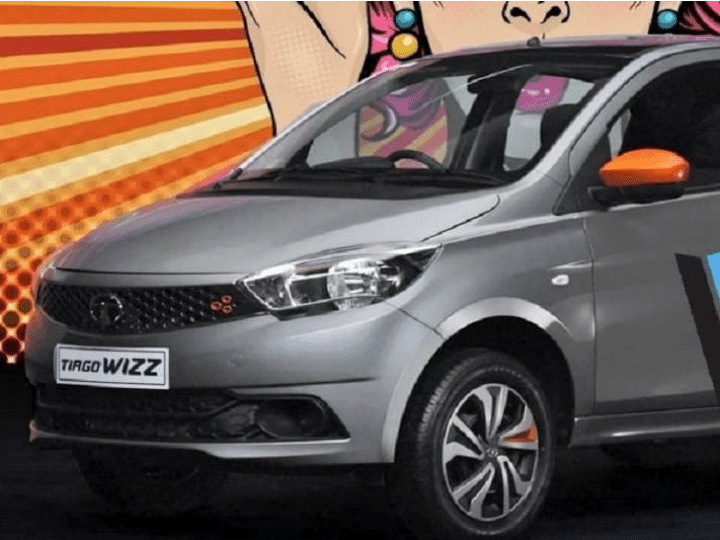 Tata Motors has been on an evolution spree in recent months with regular updates for its model lineup, which includes the Tata Harrier Dark Edition, Nexon Kraz as well as the launch of its Pro Edition accessory package for its entire lineup. And it looks like Tata is not showing signs of stopping anytime soon as its next update looks to be the Tata Tiago Wizz Edition, which will launch tomorrow on October 4. The Tata Tiago Wizz Edition will refresh the Tiago with some cosmetic tweaks for the upcoming festive season.

Tata had earlier introduced a Wizz Edition in 2017, and with the updated Tiago facelift still undergoing testing,Tata has chosen to liven up the current model with this edition once again. However, as per leaked images on the web, instead of the red body colour, black roof and red inserts from the last version, this one is likely to get a Titanium Grey shade with black roof and orange inserts. The leaked image reveals that the orange inserts will be present on the grille, ORVMs as well as a new set of wheel covers.

On the inside, the Wizz Edition is expected to get similar cosmetic changes like its predecessor. This includes orange inserts on parts such as the gear lever, air vents and seats. Since the previous iteration was based on the variant below the top-spec, we expect the new version to be based on the Tiago XZ.

The Tata Tiago XZ variant is currently priced at Rs 5.30 lakh (petrol) and Rs 6.15 lakh (diesel), both ex-showroom. Since the Wizz could be based off the XZ, expect it to come at a slight premium over this variant. Aside from this, Tata is also working on a facelift for the Tiago, which is set to debut by the end of this year.