Hyundai Elantra Gets A Midlife Refresh, Priced At Rs 15.89 Lakh 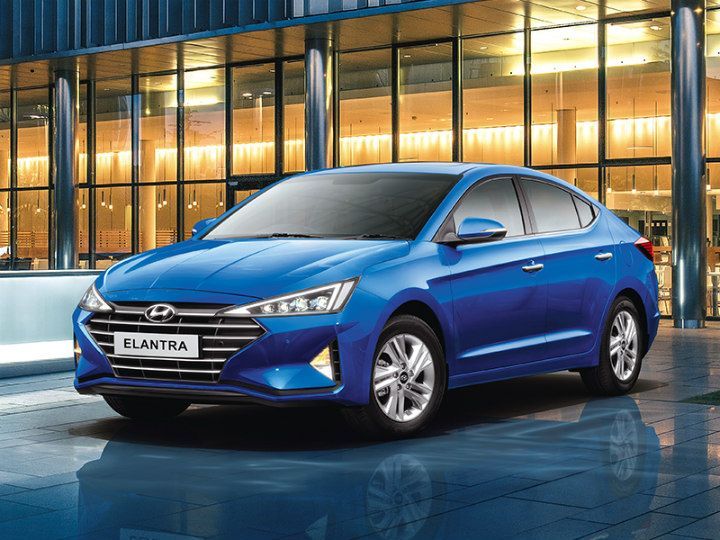 Hyundai India has just launched the facelifted 2019 Elantra in the country, with prices starting at Rs 15.89 lakh (ex-showroom, pan-India). The Hyundai Elantra has had a long history in the Indian market since its 2006 debut. This was replaced in 2012, and the third iteration was launched in India in 2015. Now, we get a sharper update to the current generation, this time powered by a BS6-compliant petrol engine. Sadly, the diesel engine option seems to have been axed for now.

The Elantra is available in three trims -- S, SX and SX (O) -- and five colour options -- Phantom Black, Marina Blue, Fiery Red, Polar White and Typhoon Silver. Below are the prices of the refreshed sedan. Compared to its newest rival, the Honda Civic, the new Elantra is priced Rs 2 lakh lower. However, the former does carry heavy discounts at the moment.

Exterior enhancements to the sedan include a restyled front end with a larger single-piece grille and triangle LED headlamps. Other changes include revised 16-inch alloy wheels while the rear end comes with a redesigned tailgate and number plate on the bumper. The new LED tail lamps top off the exterior updates.

Inside, it is near-identical to its predecessor aside from a new dual-tone balck-beige colour combination. Carry-over features include a 8.0-inch touchscreen infotainment system, dual-zone climate control, ventilated and powered front seats, electric sunroof, wireless charging and hands-free smart boot. It gets additional kit like a new 8-speaker Infinity sound system, a steering wheel from the Kona Electric and chrome elements like the international-spec car.

Under the hood, the facelifted Elantra gets an all-new NU 2.0-litre petrol engine that is BS6-compliant. Like its BS4 guise, the engine produces 152PS and 192Nm and is mated to a 6-speed manual and a 6-speed automatic unit. Unfortunately, the 1.6-litre CRDi diesel unit that develops 128PS and 260Nm won’t be offered with the updated sedan due to the upcoming BS6 norms. However, it could get the Seltos’ BS6-compliant 1.5-litre diesel unit at a later date. The Seltos’ diesel unit develops 115PS and 250Nm.

This facelift could spark a host of updates for the carmaker’s entire model lineup. The new Elantra rekindles its rivalry with the Skoda Octavia, Honda Civic and the Toyota Corolla Altis in India.