Based on the XZ variant, the Tiago Wizz gets a variety of cosmetic tweaks for the festive season 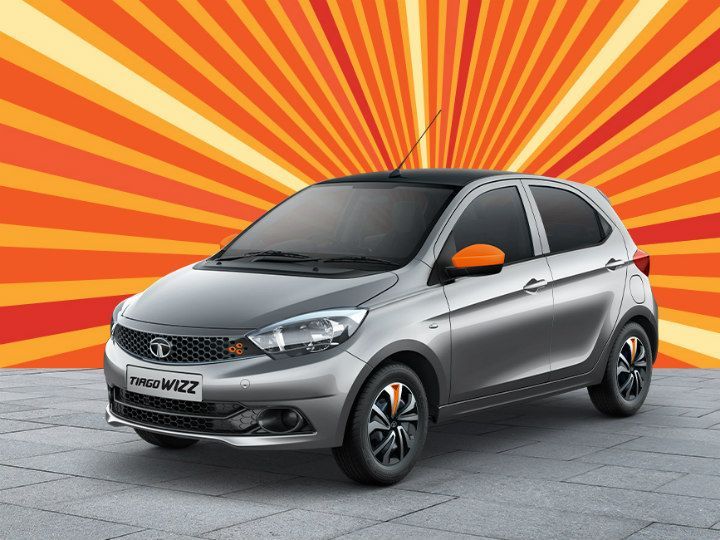 Tata Motors has launched a special edition variant of the Tiago called the Wizz Edition in time for the festive season. Priced at Rs 5.4 lakh (ex-showroom, Delhi), the Tiago Wizz Edition gives Tata’s entry-level hatchback a refreshed look with some cosmetic tweaks.

Tata had earlier introduced a Wizz Edition in 2017, and with the updated Tiago facelift still undergoing testing, Tata has chosen to liven up  the current model with this edition once again. This time, however, instead of the red body colour, black roof and red inserts from the previous iteration, the new Wizz Edition gets  a Titanium Grey colour with a black roof and orange inserts. The orange inserts are present on the grille, ORVMs as well as the new ‘Hyperstyle’ wheel covers. It also gets Wizz badging to differentiate itself from other variants.

Like its predecessor, the Wizz Edition gets similar cosmetic changes on the inside. This includes orange inserts on parts such as the air vents and fabric upholstery. As the previous iteration was based on the variant below the top-spec one, the new version too is based on the Tiago XZ variant. Feature highlights include Tata’s ConnectNext infotainment system with AM/FM, AUX, USB and Bluetooth connectivity. Other highlights include steering-mounted audio controls and safety features like driver and co-driver airbags, ABS with EBD, reverse parking sensors and follow-me-home headlamps.

Under the hood, the Tiago Wizz remains mechanically unchanged. It is powered by a 1.2-litre, 3-cylinder naturally aspirated Revotron petrol motor producing  85PS of power and 114Nm of torque, mated to a 5-speed manual. The 1.05-litre diesel motor and AMT gearbox has been given a miss for the Tiago Wizz Edition.

The Tiago Wizz Edition is priced at a premium of upto Rs 10,000 over the XZ variant (Rs 5.30 lakh, ex-showroom Delhi) it is based on. Aside from this, Tata is also working on a facelift for the Tiago, which is set to debut by the end of this year.