The Gallardo Was Not The First V10 Lamborghini, This Was - The P140

A decade before the Gallardo, there was a Lamborghini which deserved to be an icon. This is its story 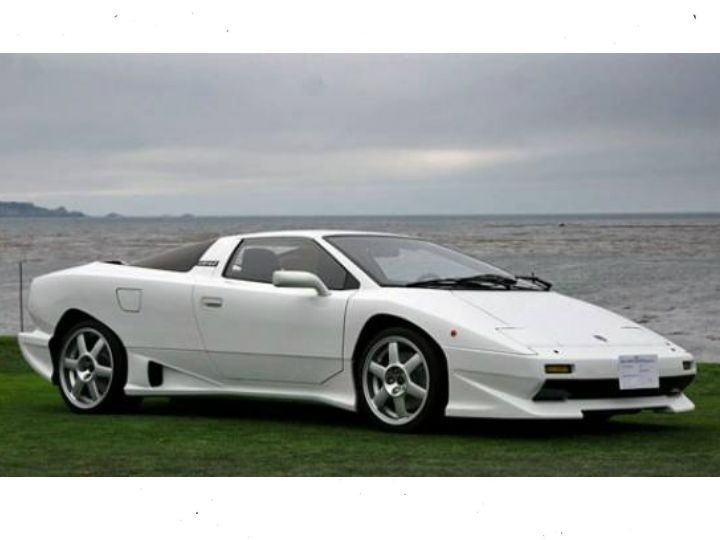 Lamborghinis were never supposed to be the average man’s hope of going fast. However, to remain profitable, the raging bull was forced to play the numbers game and cater to its less-rich clientele. In 1988, Lamborghini’s entry-level sports car, the V8-powered Jalpa, was laid to rest and Lamborghini decided its successor needed to be another small car, albeit with a V10 engine. It wasn’t just the Jalpa that need replacing, mind you. Even the flagship Countach was out of the door by then.

Why are we telling you all this, you must be wondering? That’s because very few people have heard of the P140 as it was overshadowed by the Diablo and never got the see the light of day. This is the story of the forgotten Lamborghini codenamed the P140, the first Lamborghini to feature a V10 engine.

In the mid-1980s, Lamborghini yet again enlisted the help of the iconic designer, Marcello Gandini, to design the successors to the Jalpa and the Countach. And while the entry-level P140 wasn’t as important as the soon-to-be Diablo, it still needed to be a quintessential Lamborghini in every way possible. Gandini then penned a car inspired by the sharp lines of the Jalpa and added some curvy design elements that were supposed to be a part of the Diablo too, giving the P140 a unique identity and there were even certain elements that stood out for a car of its time. The wheel arches, for instance, didn’t follow the conventional round outline. Instead, Gandini gave it an asymmetric design to make it gel with the triangular side air intakes just behind the doors.

The two-seater sports car was being built around the 4.0-litre naturally-aspirated V10 engine with four valves per cylinder that was developed within seven months. History pages quote a figure of 370 horsepower for the mid-engined car, way more than what the Ferraris and Porsches of the time. This V10 engine was derived from the Jalpa’s V8 and has no connection to the Gallardo’s mighty V10, which was introduced in 2003.

As the Germans and the Japanese caught up with the Italians in terms of speed and performance, Lamborghini ensured the P140 was up to the mark and defend its pride with a carbon fibre body, bonded aluminium sections for the chassis and double wishbone suspension on all four corners.

All of this made for a very tempting sports car worthy of the Lamborghini badge. However, in 1989, the company decided to concentrate all its resources into making sure the Diablo became the talk of the town. This meant that the other projects, including the P140, had to take a backseat and only one prototype of the baby Lambo was ever built. And as the press went ga-ga over Lamborghini’s latest flagship, the P140 was left to gather dust in a corner till 1993, its intended launch date. Sadly, the markets crashed and Lamborghini could not sustain rolling out another two-seater sports car. The greedy eighties were over and took the P140 with them.

The P140 wasn’t entire forgotten, though. In 1995, the baby Lambo was re-penned by another legendary designer, Giorgetto Giugiaro, and was displayed to the world. Now called the Cala, the car was supposed to go into production. However, that didn’t materialise either as the project was shelved by new owner Volkswagen in 1998.

Both the P140 and the Cala are gorgeous looking cars which never got the attention, admiration and love they so rightly deserved. The completely analogue, rear-wheel drive granddad to the Gallardo could have been a classic. Instead, it will always remain the rightful entry-level modern Lamborghini that never was.