The Suzuki Burgman Electric Heads For A 2-Year Summer Break 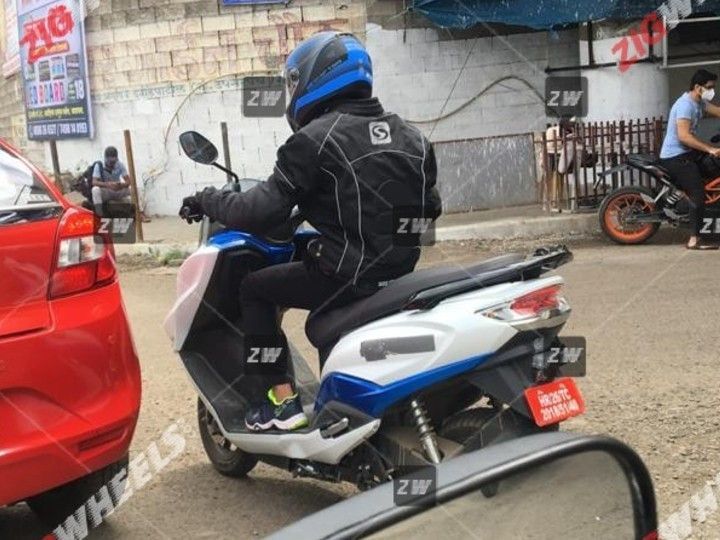 With sales exploding, electric vehicles, including even a few electric scooters, are the flavour of the season. Among the most keenly anticipated new launches in the electric two-wheeler space is the Suzuki Burgman Electric. A production-ready scooter was spotted testing in Delhi in 2020 and later we too spotted the same undergoing testing in Pune. The fact that the Burgman Electric was captured testing in Pune signaled to us that it was undergoing final ARAI certification prior to its launch. However, it could also be that Suzuki is testing the new EV platform and will have a separate new brand for its EV range. Something similar to what Hero did with the eMaestro and the upcoming Vida range of EVs.

In a recent interaction with Satoshi Uchida, Managing Director, Suzuki Motorcycle India Pvt Ltd, and Devashish Handa, Executive Vice President (Sales, Marketing, & After Sales) SIMPL, it was revealed to us that Burgman Electric’s launch is still a couple of years away. According to the Suzuki officials the development time has been extended owing to the high ambient temperatures of our country. This doesn’t come as a surprise as Ola recently faced a lot of flak when the S1 Pro caught fire and so did a few scooters from Okinawa and Pure EV.

Suzuki as a company is renowned for giving safety and quality a lot of priority – in fact rumours say that the saree guard of the Suzuki Hayabusa too was tested for 1,000s of kilometres before going into production! Given the bad reputation EVs are gathering for exploding and catching fire, it’s a clever move by Suzuki to delay the launch and improve the thermal management system of its upcoming scooter. Honda too has been testing the Benly E utility scooter in India to check the performance of its removable battery in Indian conditions.

Another reason for the delay could be the fact that the Japanese brand is waiting for the Government’s policy on battery standardisation. All the four major Japanese brands have already signed an agreement to standardise swappable batteries and replacement systems for international markets. Maybe Suzuki is waiting for the same in the Indian market.

Whatever the reason maybe, it’s a bit disappointing to see the Suzuki EV project being delayed. Hero has plans to launch its first electric two-wheeler under the Vida brand by July, while Honda too has confirmed the launch of the Activa E.