The Upcoming Bavarian Invasion Of Milan 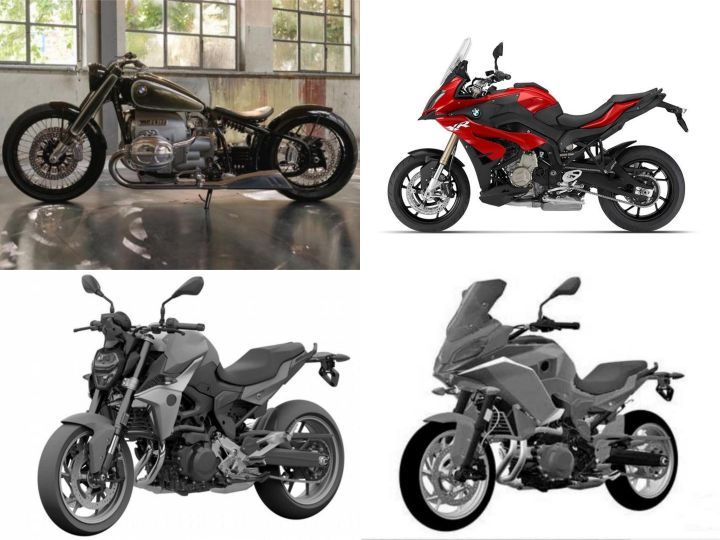 We’ve already known for some time now that BMW Motorrad is planning to bring multiple new motorcycles to EICMA this year. As time passes, we’re getting a clearer idea of what these bikes could be, and with the show now just a few days away, we can tell you exactly what to expect from the Bavarian giant. The lineup of bikes will include model updates to existing bikes as well as some all-new motorcycles. Let’s dive in and take a look:

We start off with an all-new motorcycle and quite an interesting one, at that. The BMW R18 cruiser was unveiled as a concept at the Concorso d’Eleganza Villa d’Este. The retro design looks almost chopper-esque with a long, low and very raked-out motorcycle. Housed in this design will be an all-new humongous 1800cc boxer engine sitting proudly on display with many chrome accents. Once launched, this will be BMW's largest ever production engine, eclipsing the 1600cc units seen in BMW's K range. More recently, the bike was spied in a production-ready form, and with BMW stating that the R18 will go into production in 2020, you can be almost certain that BMW will unveil the bike at EICMA.

The inline-4 cylinder motor from the BMW S 1000 RR led to a few other models in the brand’s lineup, including the S 1000 XR adventure tourer. The S 1000 RR has been comprehensively updated for 2019 with the addition of a new ShiftCam engine among other things, and now we expect the S 1000 XR to follow suit as well at EICMA. The new XR will also get the new motor with variable valve timing, and we expect it to receive a new IMU-based electronics package derived from the RR.

BMW also unveiled its 9cento concept at the Concorso d'Eleganza Villa d'Este last year, and we expect it to give rise to the F 850 RS. This sports tourer is likely to be powered by the same 853cc parallel-twin motor that does duty in the F 850 GS, though the state of tune and sprocketing might be different. The bike has already been spotted in patent images and looks largely similar to the 9cento concept, with a tall, commanding stance. A sizeable front screen and upright ergonomics with a tall, wide handlebar are visible in the patent images. We will have a clearer idea of what the motorcycle looks like once it is revealed at EICMA next week.

In addition to the RS sports tourer, we also expect BMW to also unveil an F 850 R naked roadster at EICMA. The new bike has been confirmed by recently discovered patent images, which show how it borrows design cues from the larger R 1250 R. It gets a neatly sculpted fuel tank with sharp extensions and has a chunky overall appearance. Once again, this bike will use the same 853cc parallel-twin motor mentioned above, but we also know that it will get LED lighting and a digi-analogue instrument cluster.

The last motorcycle on this list is a little shrouded in mystery but our intuition tells us that BMW will bring an updated version of its S 1000 R to EICMA. This naked roadster is another motorcycle based on the inline-4 motor spoken about earlier, and it hasn’t received any major updates since first being released in 2014. With the litre-class naked bike segment being recently taken to the next level by Ducati and Kawasaki, we expect BMW to follow suit. The S 1000 R will get the ShiftCam engine too, as well as an updated electronics package, so keep your eyes peeled in Milan.

BMW’s two smallest motorcycles, the G 310 R and G 310 GS, currently use BS4-compliant motors. They are expected to be brought up to date with Euro 5/BS6-compliant engines and may lose some power and/or gain a little weight. The new bikes are likely to be displayed at EICMA without any updates besides the engine. This could also be accompanied by a slight increase in price when they make their way to India.