The Kamiq is a mid-size SUV that could rival the MG Hector, Kia Seltos and Hyundai Creta 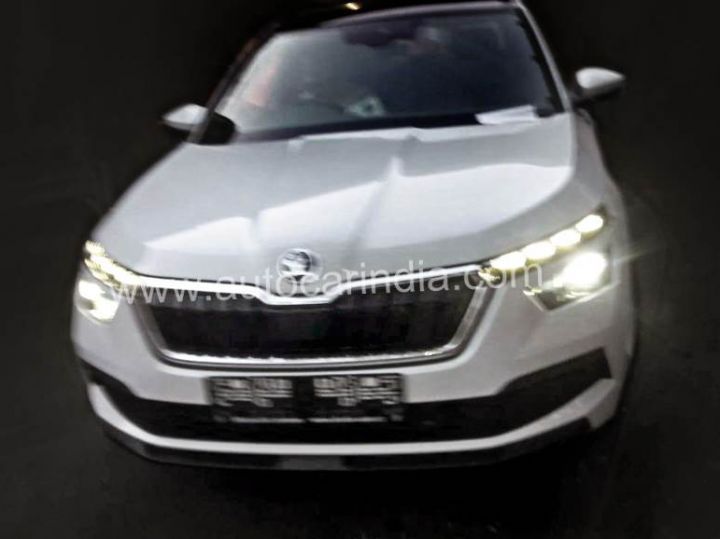 Skoda Auto India is currently co-developing an India-specific compact SUV with Volkswagen to take on the Kia Seltos, Hyundai Creta and MG Hector. Now, spy shots of the Kamiq testing on our shores have surfaced online. The Kamiq is a mid-size SUV that’s sold in various international markets. Skoda offers two versions of the Kamiq abroad: the Euro-spec model and a model developed exclusively for China. It is the former that has been spied on Indian roads and it could mark its presence at the Auto Expo 2020. It is based on VW Group’s MQB-A0 modular platform. Could it be the SUV Skoda Auto Volkswagen India is developing for our market?

The Euro-spec Kamiq is considerably small when compared to its rivals. However, it has a longer wheelbase than the Kia Seltos and Hyundai Creta. The MG Hector is the biggest SUV in this bunch in all aspects.

Visually, the Kamiq looks like a baby Kodiaq thanks to its silhouette. Its front end is dominated by the trademark Skoda butterfly grille that connects the LED DRLs. The projector headlamps sit below the DRLs, a design element that’s been steadily gaining popularity in this segment. A sharp crease runs through the profile of the Kamiq for added character. It can be had with either 16, 17 or 18-inch wheels depending on the variant. At the rear, the Kamiq gets ‘L’ shaped LED tail lamps and a sporty rear bumper with faux exhausts.

The inside of the test mule has been caught on camera as well. The Kamiq gets a minimalistic cabin that’s seen on plenty of Skoda and Volkswagen cars sold abroad. The centre console gets a floating touchscreen infotainment screen and below it are the AC vents and climate control knobs. We could also make out some key features such as climate control, steering-mounted audio controls, automatic headlamps as well as push button start. Features like connected car technology, a sunroof as well as cruise control are expected to be offered as well.

In Europe, the Kamiq is offered with four powertrain options: two petrol, one diesel and a CNG option. For India, we expect Skoda to offer at least one petrol and diesel option, both with a manual as well as an automatic transmission. Skoda has previously said it’s keen on introducing CNG-powered vehicles in India. It remains to be seen if the Kamiq gets that option.