Motorsport highlights from May 25 to June 1 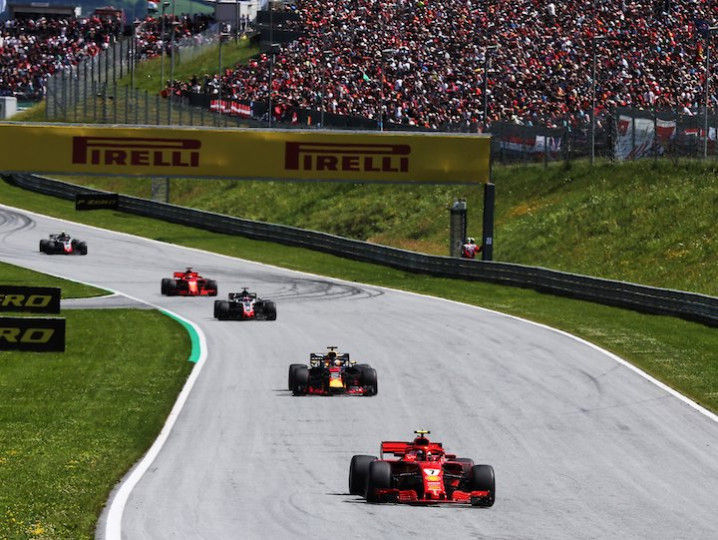 F1 has officially been given the go ahead to start its season in early July, but had to officially cancel the eagerly anticipated return of an event. MotoGP had to begrudgingly announce the cancellation of three classic events. Not related to racing, Lewis Hamilton led the call for F1 to speak out against police brutality against black people in America.

The Austrian government officially gave F1 the go-ahead to start its running of the 2020 season at the Red Bull Ring in Spielberg. Back-to-back race weekends are planned on July 5 and 12 to finally get F1’s 70th season underway amid the global coronavirus pandemic. The races will be held behind closed doors and with only essential team members and staff allowed at the venue.

In another boost for F1, the government of the United Kingdom announced that personnel arriving in the UK for sports events will be exempt from the 14-day quarantine rules provided they meet certain criteria. This means that the British Grand Prix has a good chance of being held on July 19.

In not so good news for British involvement in F1, however, Williams Racing - the sport's third most successful team ever - announced that it would be open to selling a majority stake in the family run team after parting ways with title sponsor Rokit. The team has been a mere shadow of its former glorious self since ending an alliance with BMW in the mid-2000s and has won the last of its seven driver's and nine constructor's titles in 1997.

The Mayor of Monza, situated to the north of Milan, confirmed that the Italian Grand Prix will go ahead as planned on September 6 while being held behind closed doors. In a surprising bit of news, however, the organizers of the Brazilian Grand Prix stated that the race would be held with spectators. Brazil has currently emerged as the second biggest COVID-19 hotspot in the world with the Grand Prix’s host city Sao Paulo as the epicentre. The race is scheduled to take place on November 15, so there is time for the venue to prepare for the penultimate F1 round of the season.

There will, however, be no Dutch Grand Prix in 2020 with the organizers making the cancellation of the event official and rescheduling its return to 2021. The coastal venue of Zandvoort last hosted a round of the F1 world championship in 1985.

And away from the racing, six-time world champion Lewis Hamilton urged the F1 fraternity to speak out against the death of George Floyd, a black man, in Minnesota during his arrest by four police officers, one of whom pressed his knee against Floyd’s neck while he lay on the ground until he passed away.

The news of Jack Miller replacing Danilo Petrucci at the factory Ducati MotoGP team in 2021 dominated the news in motorcycle grand prix racing. Miller will see out the 2020 season, which is scheduled to begin in Austria on July 19, with the Pramac Ducati team before moving up to the Italian manufacturer’s works team.

Three classic MotoGP host nations of Great Britain, Japan and Australia will not feature on the 2020 season calendar as a reaction to the COVID-19 pandemic. Scheduled for August 30, October 18 and October 25, respectively, the three venues will only be back on a MotoGP calendar in 2021.

The country’s governing body for motorsport, the Federation of Motor Sports Clubs of India (FMSCI), announced its list of nominees for the nation’s sporting awards. Former circuit racing driver and current team manager Akbar Ebrahim has been nominated for the Dronacharya Award.