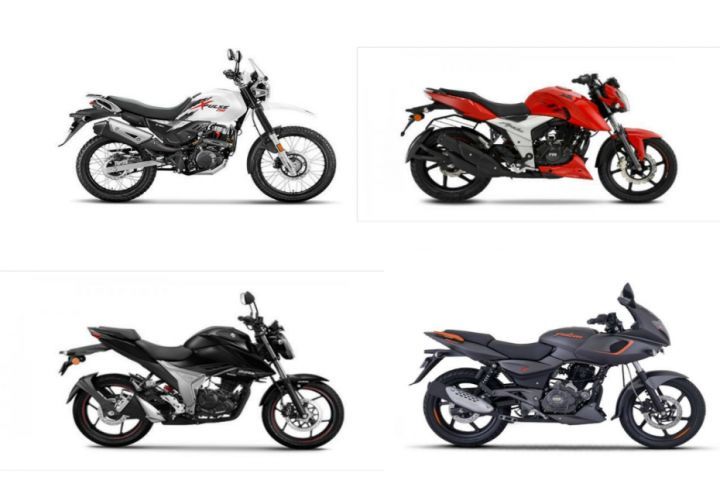 The RV400 is the quicker motorcycle in Revolt’s lineup. But despite this, it doesn’t quite set the dragstrip alight. The acceleration and top speed figures of the RV400 are more akin to those of a 125cc commuter motorcycle. For those enthusiasts who are looking for something with a bit more grunt, the same sort of money can buy you a 150cc, or even a 200cc petrol-powered motorcycle. Here are your options.

A lack of oomph is probably one of the Revolt’s biggest drawbacks if you’re an enthusiast. For those who’d like something with a little more grunt for spirited riding, the fuel-injected variant of the Apache RTR 160 4V is only marginally more expensive than the RV400, retailing at Rs 1,00,351 (ex-showroom). For this, you get a 159.7cc single-cylinder engine producing 16.8PS (more than four times the power of the Revolt) and 14.8Nm. This engine performance is also backed up by a Showa monoshock, LED DRLs, a fully-digital instrument cluster and single-channel ABS. That makes this a sporty, well-equipped and safe motorcycle to own while still satisfying your commuting needs.

The Pulsar 180 was refreshed earlier this year with the addition of the half-fairing and projector headlights from the Pulsar 220, giving birth to the 180F. The engine in the 180F puts out similar figures to the RTR, with 17PS and 14.22Nm on offer, making it significantly more powerful than the RV400. The Pulsar is suspended on a conventional telescopic front fork and 5-step adjustable gas-charged twin shocks at the rear, while also being equipped with single-channel ABS.

For those who are interested in going off the beaten track, the XPulse 200 is India’s most affordable on/off-road bike. With the carburetted variant priced at Rs 97,000 (ex-showroom), it is also slightly more affordable than the Revolt. The bike has all the correct tools for the job, coming with a 21-inch (F) and 18-inch (R) wire spoke wheels, dual-purpose tyres, 220mm of ground clearance, an upswept exhaust and an aluminium bash plate. The telescopic front fork offers 190mm of wheel travel while the monoshock has 10 steps of preload adjustability while offering 170mm of travel. The Xpulse’s 199.6cc engine is the largest one here and puts out healthy figures of 18.4PS and 17.1Nm. It’s also the most well-equipped motorcycle on this list, coming with an LED headlight, a fully-digital instrument cluster, bluetooth connectivity and single-channel ABS.

This list has so far been populated by Indian manufacturers, and the only overseas offering is in the form of the new Suzuki Gixxer, which is priced at Rs 1,00,212 (ex-showroom). This is the smallest motorcycle here at 155cc, and its BS6-ready engine produces figures of 14.1PS and 14Nm. The bike has been updated for 2019, receiving a new tank and extensions, an LED headlight and tail-lamp and a fully-digital instrument cluster. Cycle parts comprise of a conventional telescopic fork and monoshock, and the Gixxer also gets single-channel ABS.