BMW i4 Teased With A Lively Rear-end

Will the i4 electric four-door Gran Coupe have the chops to take on the Tesla Model 3? 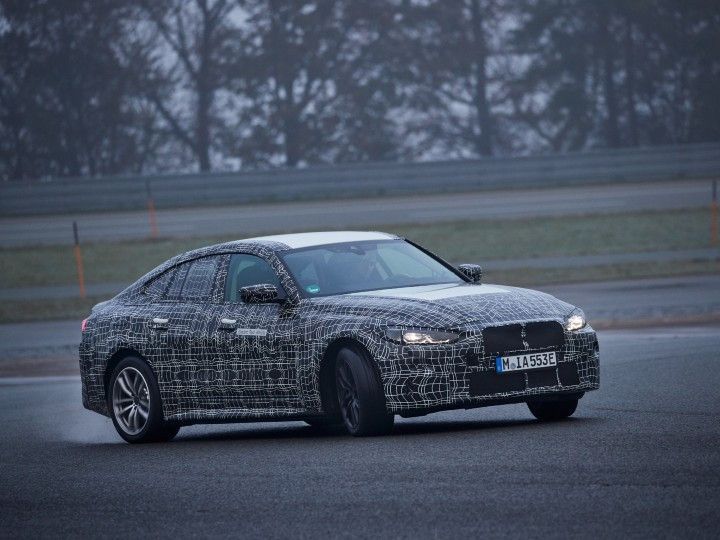 We haven’t got much news on BMW’s upcoming production-spec i4 all-electric four-door Gran Coupe ever since its concept iteration debuted back in March 2020. Thankfully, the Bavarian brand has now confirmed the plans are on track, by teasing the i4 being pretty tail-happy.

Under the hood, the i4 will be powered by an electric powertrain making a beefy 530PS of grunt. This is very much in the ballpark of BMW’s V8 internal combustion engines. It’s also quick off the line with a 0-100kmph sprint of just 4 seconds. Power aside, the i4 is capable of a WLTP claimed range of up to 600km.

The carmaker has also underlined the i4’s model-specific damper technology that reduces the dipping movements of the body when launching off the line. Combined with the actuator-related wheel slip limitation (ARB), it provides optimum traction and stability on slippery road surfaces. Essentially, it gives the i4 a catapult-like effect when sprinting off the line.

While the test mule is still heavily camouflaged, the concept has given us some idea of what we can expect. That being said, it doesn’t seem like the traditional kidney grille will be as absurdly large as in the concept, but it’ll still dominate the front-end. We are yet to see cabin shots, but the concept hints at a minimalistic design with more touchscreen-based controls. Expect a panoramic sunroof and fully digital displays on the production-spec model.

With this teaser, it seems BMW is all set to debut the i4 electric Gran Coupe over the next couple of months. It will go up against the Tesla Model 3. BMW is also working on a spicier ‘M’ variant of the i4.