Tata dealerships have started accepting bookings for the Tigor and it is expected to be priced between Rs 4.2-6.5 lakh 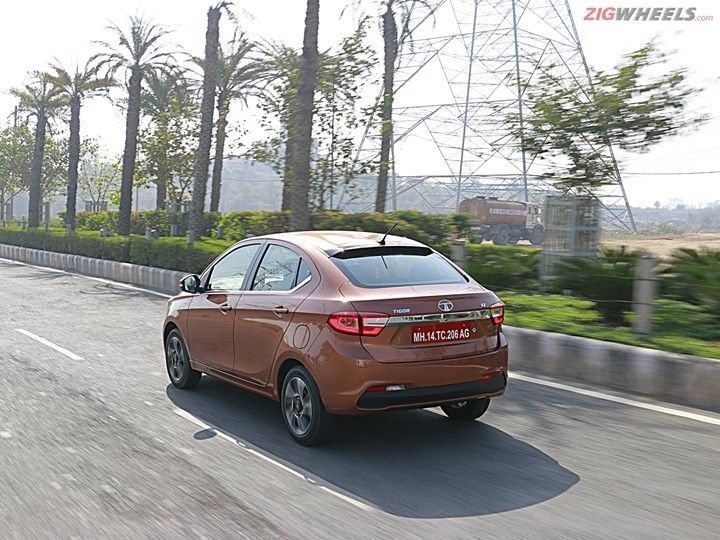 Tata Motors will be launching the Tigor subcompact sedan in India tomorrow. It has also started accepting bookings for the car. But what is the Tigor exactly and how does it stack up against its competitors? Let's start by answering the first question.

The Tata Tigor is a subcompact based on the Tiago hatchback and the two share not just their underpinnings but the engines too. This means the Tigor will be available with a 1.2-litre three-cylinder Revotron petrol engine that makes 85PS of power and 114Nm of torque. The diesel engine available on the Tigor is a 1.0-litre three-cylinder turbocharged unit that generates 70PS of power and 140Nm of torque. Both engines come mated to a five-speed manual transmission and right now, there is no automatic gearbox option available with either model. The Tigor gets revised gear ratios to ensure it feels peppy. The petrol engine feels smoother too on the Tigor than on the Tiago.

In terms of exterior changes, the Tigor gets projector headlamps with double-barrel layout and blacked-out surrounds. It gets 15-inch wheels which are a step-up from the Tiago's 14-inch rollers (though diesel models still use 14-inch wheels). The rest of the car should remind you of the Tiago, but in a good way.

The highlight of the Tigor is its boot. The car has a notchback design (Tata calls it Styleback) and gets hydraulic four-bar hinges to maximise boot space (the hinges stay outside the boot, making the boot usable and free of intrusions). Speaking of boot space, the Tigor has 419 litres of it, making it bigger than that of Zest. By increasing the wheelbase by 50mm over the Tiago, Tata has been able to give the Tigor a longer wheelbase than Maruti Suzuki Swift DZire.

The Tigor managed a great first impression when we first drove it not too long ago. But the deciding factor in its desirability and viablity could come down to the price as it would decide how much bang do you get for your buck. We expect Tata to price the Tigor between Rs 4.2-6.5 lakh which would mean it could be a thorn in the sides of sub 4-metre sedans and hatchbacks in its price range. Come tomorrow, we will know what the Tigor's chances are of winning when it tries to punch above its weight.

5 Things To Know About Tata Tigor