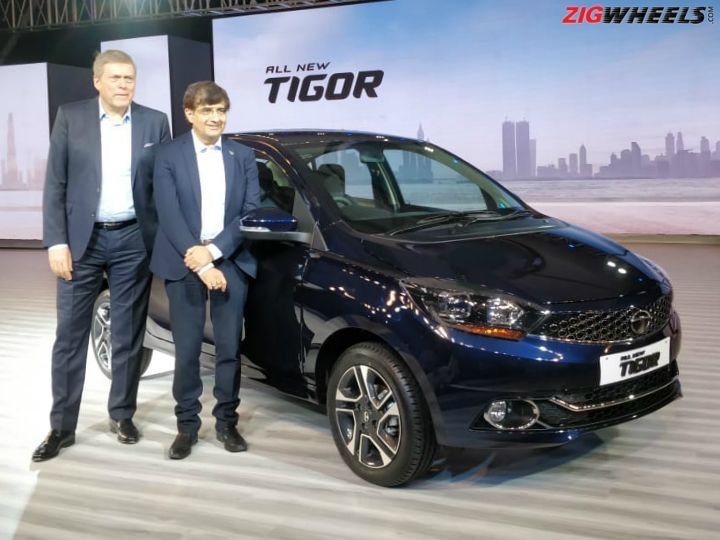 Tata Motors has launched the 2018 Tigor facelift in India with prices starting at Rs 5.20 lakh, ex-showroom Delhi. Tata has also introduced a new top-end variant called XZ+ which slots above the XZ (O).

The prices of the new Tigor, ex-showroom India, are as follows:

The new Tigor comes with an updated front fascia. Headlamp design has been tweaked and a projector lamp has been added to the mix as well. The front grille now gets a chrome outline along with a chrome strip on the bumper and chrome fog lamp surrounds.

The taillamp design too has been tweaked and now features LEDs with clear lens setup.

Also new is an auto-folding exterior mirrors, available on the XZ+ variants.

Inside, you get a larger 7.0-inch touchscreen compared to the 5.0-inch unit in the old car. The system only comes with Android Auto.

At Rs 5.20 lakh to Rs 7.38 lakh, in terms of pricing, it competes directly with the recently launched Ford Aspire. However, with its aggressive pricing, it will try to dissuade customers from going for established players like the Maruti Suzuki Dzire and the Honda Amaze.