Does it make more sense than the BS6 Honda Hornet 2.0? 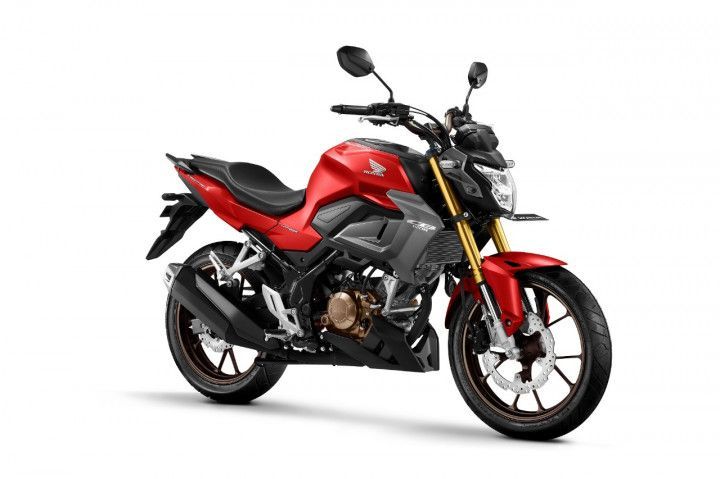 Honda recently launched its latest baby streetnaked offering, the 2021 CB150R Streetfire, in Indonesia. The Standard variant of the CB costs IDR 2,97,00,000 (approximately Rs 1.51 lakh) and the Special Edition comes in at IDR 3,07,00,000 (approximately Rs 1.56 lakh). Not a lot has been changed on the bike, but it does get a few updates that make it a better proposition than before. While it may not hit Indian shores, it is surely something we’d want to see on our streets. Till then, take a look at its top five highlights:

The 2021 CB150R looks handsome and rather premium thanks to its sharp styling and the new bodywork that now includes muscular radiator shrouds. We particularly like the golden coloured fork that adds to its beefy looks. The bike is available in two variants: Standard and Special Edition. The former gets two paint schemes: Stinger Red Black and Macho Black, while the latter comes in Furry Matte Red, Raptor Matte Black, and Armoured Matte Grey. In addition, the special edition also gets a sporty engine cowl, burnt titanium finish on the handlebar, and 3D logos on the fuel tank.

Honda has improved the ergonomics of the 2021 CB150R. Its handlebar has been tapered slightly to result in a sportier riding triangle. Completing the package is a scooped single-piece seat that seems spacious for both occupants.

The CB150R is powered by a 149cc single-cylinder motor putting out 16.9PS and 13.8Nm, mated to a 6-speed gearbox. Its power figures are almost at par with the Indian-spec Honda Hornet 2.0’s 17.2PS, even though the Hornet has a bigger 184cc motor. While the motor hasn’t undergone any key changes for 2021, Honda has bumped up the 150R’s fuel-tank capacity to 12-litre, increasing its overall range.

Probably the biggest change for 2021 is seen here. The CB150R bids adieu to its previous conventional telescopic fork and switches to a chunky 37mm USD fork sourced from Showa. The new fork should make the CB150R more stable in the twisties while also making life easier on broken patches. Its rear suspension is the same as before as is its braking setup comprising single petal discs at both ends.