90 Units Of This Unique Jawa Are Ready For Delivery 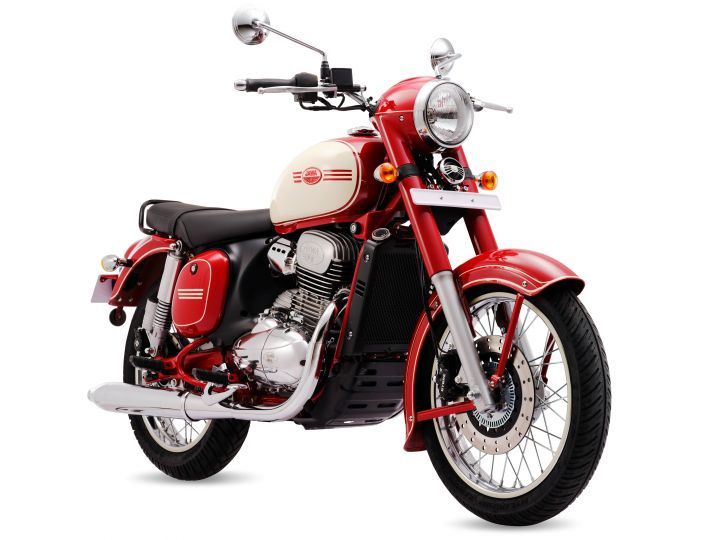 Just a couple of days back, we had come to know that Jawa was releasing a special edition motorcycle which was mechanically unchaged from the standard Jawa (you can read all about it here). However, details regarding the allocation of the 90 units or on which variant it was based on was unknown. Now, Jawa has finally revealed further details regarding the Jawa 90th Anniversary Edition model. The motorcycle will be available at no further cost over the dual-channel ABS variant.

For those who want to buy this piece of heritage, the way to get one is simple. You either need to have an existing booking or get a new booking before 22 October. Interested folks will be entered in a lucky draw of sorts post which the bikes will be delivered to the buyer’s preferred dealership at the earliest date.

It has nearly been a year since Classic Legends revived the Czech brand. However it has not been a rosy path for Jawa as waiting period for its two bikes were up to 9-10 months at one point in time. Recently, Jawa’s Ashish Joshi has come out and said that the brand has ramped up production, bringing delivery waiting time down to 6-7 months. Also there are new bikes on the anvil, like the Perak bobber, from Jawa to look forward to. Click here to read more.

Limited to 90 units, the motorcycle is distinguished by a special 90th anniversary colour scheme inspired by the Jawa 500 OHV

INDIA, October 09, 2019- It was in 1929 when František JaneÄek laid the foundation of Jawa Motorcycles in the erstwhile Czechoslovakia and conceived the Jawa 500 OHV, the brand’s first motorcycle. To mark the 90th anniversary of this occasion, Classic Legends Pvt. Ltd. has introduced the Jawa ‘90th Anniversary Edition’ in India.

Based on the Jawa dual channel ABS variant, this motorcycle is a homage to the glorious beginnings of the brand in 1929. This edition will be limited to just 90 units and will feature a special 90th anniversary colour scheme inspired by the Jawa 500 OHV. Every motorcycle will also feature a 90th Anniversary commemorative emblem on the fuel tank along with its individual serial number.

Although there is no change in price over the regular Jawa dual channel ABS motorcycle, this limited edition that comes in a new shade of red and ivory, will be available for immediate delivery.

This limited-edition motorcycle will be available on display at Jawa dealerships from October 15th, 2019 for people to come and witness this piece of history. Customers who hold an active booking for the Jawa models and those who will make one before the midnight of October 22nd, 2019 will stand a chance to own this motorcycle. All they must do is specify their intent towards opting for a draw of lots for the allotment of this motorcycle at their nearest dealership. The customers will automatically go back to their original booking sequence and model if they are not selected in the draw. Once allotted, the motorcycles will be immediately dispatched to the customers at their respective locations.

The technical specifications of the motorcycle remain unchanged; it is powered by a 293cc, liquid cooled, single cylinder, DOHC engine nestled within a double cradle chassis that is tuned to bring out the superlative handling and class leading stability, making the new Jawa a true modern classic. The Jawa and Jawa forty two are priced at INR 1,64,000/- and INR 1,55,000/- respectively (ex-showroom, Delhi) and the Dual Channel ABS variants are available at INR 1,72,942/- & INR 1,63,942/- respectively. The motorcycles are manufactured at the company's Pithampur plant in Madhya Pradesh.