Indian Motorcycles Get A Bigger Heart And A Makeover! 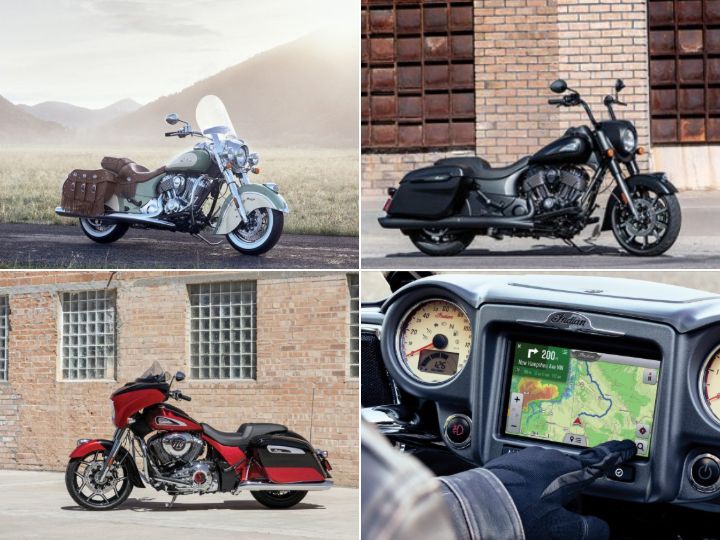 Indian Motorcycles has unveiled its 2020 model lineup. From a new infotainment system to a new engine, the American bike maker has kept itself busy while working on the all-new Challenger. And oh, the new engine, the Thunder Stroke 116, which will power various models, is bigger and a lot torquier. We have a lot to catch up, so let’s get cracking.

A bigger heart for the Americans:

We absolutely loved the torquey 1811cc engine in Indian’s portfolio, but someone somewhere once said, ‘There’s no replacement for displacement’ and we totally agree. Because Indian has launched a bigger 1901cc mill dubbed the Thunder Stroke 116. The new engine is bigger and puts out 168Nm of torque, which is 17Nm more than the “smaller” engine. One of the reasons why Indian has increased the cubic capacity could be to meet the upcoming Euro norms.

Remember the Chieftain Dark Horse, the blacked-out cruiser from Indian? Well, considering how much people love the blacked-out treatment on that motorcycle, Indian has unveiled the Roadmaster Dark Horse, which gets a complete dark makeover. Apart from the new paint scheme and engine, the motorcycle remains the same as the standard model.

Springfield Dark Horse gets an update as well:

The 2020 Springfield Dark Horse gets a new paint scheme and a new seat. That’s the normal part. What’s not normal is the handlebar. With the 2020 model, Indian has introduced “mini-ape hangers.” And that’s completely misleading as these are 12-inch apes! So, you might want to build up some muscle if you are planning to buy this one.

The 2020 iteration of Indian’s lounge on two wheels sports a new paint scheme and comes equipped with the updated PowerBand Audio system, which the bike maker says is 50 per cent louder than its standard audio system.

The Chief Dark Horse and Chief Vintage will now share the same chassis as the Springfield and Springfield Dark Horse. The company says that the new chassis and an adjustable rear suspension for both the models improve the handling. Moreover, the Springfield and Chief Dark Horse will now feature a 17-inch front wheel as standard for improved stability. Additionally, the American bike maker has also launched the 2020 iteration of its infotainment system. While the size remains the same, it gets new features like Google Maps-like predictive destination search and customisable screens. It can also display traffic and weather updates now.

As of now, Indian Motorcycles hasn’t confirmed when these updated models will come to our shores, but we expect the bike maker to bring the 2020 model lineup by next year.