Indian Motorcycle will be launching its all-new Scout Sixty in India in July 2016, with prices expected to hover around Rs 11.99 lakh 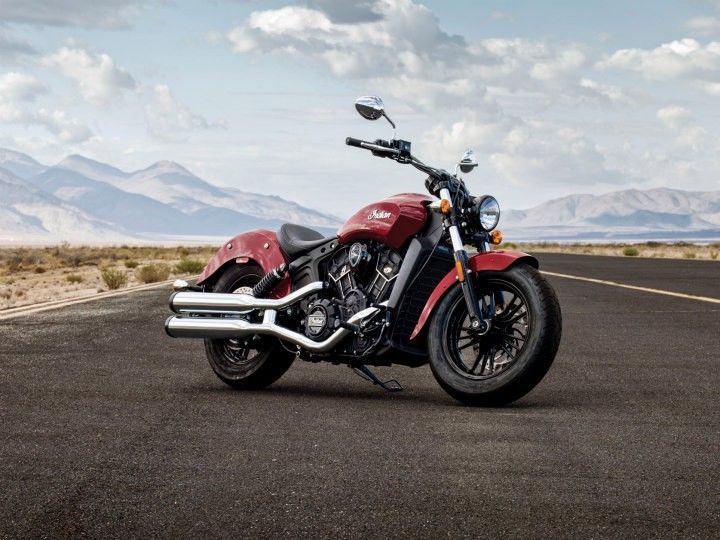 Indian Motorcycle, the iconic American cruiser bike manufacturer, has announced the launch of the all-new Scout Sixty in India. Planned to be priced at Rs 11.99 lakh (ex-showroom Delhi) the bike will be available in three classic colour variants. However, the Scout Sixty will only go on sale by July 2016. Notably, this particular bike is the cheapest of all the Indian bikes on sale in the country.

The all-new Sixty shares a lot with its sibling, the Scout, like the chassis, suspension, brakes, and the engine. The 999cc motor produces a generous 78PS of power and about 88Nm of torque. To convert all this into useful work, the 60-degree V-twin motor is mated to a 5-speed transmission.

Adding to this, Steve Menneto, Indian Motorcycle Boss stated, “The Indian Scout has been a stunningly successful introduction for us, with balance, performance and maneuverability that appeals to a broad swath of riders here in America and around the globe.” Commenting on the role of the Sixty to Indian’s portfolio, he said, “The All-New Indian Scout Sixty expands that reach even further to include newer riders and a younger demographic who long to experience the legendary quality and craftsmanship of an Indian motorcycle.”

Other important details about the Sixty include a black seat along with matching frame and alloy wheel colours. In addition to this, the Scout Sixty is compatible with all the 200 accessories that are offered with the Scout. As far as its cruiser credentials are concerned, a low seat height of 642.62mm ensures a comfortable seating position. The three colour options are: Thunder Black, Indian Motorcycle Red, and Pearl White.