The Honda CBR150R and CBR250RR Look Exquisite In The HRC Livery

Not to be confused with the Repsol Honda livery, these are the colours found on the WSBK race bike 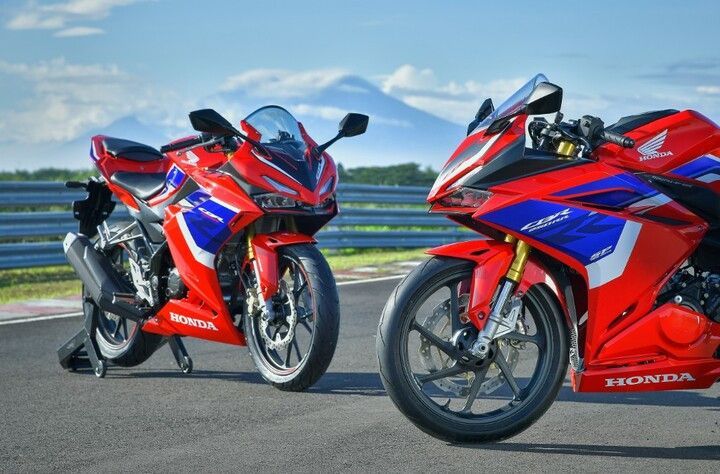 The Honda CBR150R and the CBR250RR already have us drooling over them, thanks to their radical aesthetics and top-notch specs. Rubbing salt in our wounds, Honda has now unveiled HRC liveries for both motorcycles in Indonesia. In true HRC fashion, the new liveries use red, blue and white colours, resembling the Honda CBR1000RR-R Fireblade’s graphics.

The tricolour has been an insignia for the Japanese manufacturer as it represents Honda’s strong performance in two-wheeler motorsports, starting from the Isle Of Man TT in 1979 to its recent back-to-back title-winning run in MotoGP.

Apart from the beautiful new liveries, no changes have been made to the motorcycles. The Honda CBR150R and the CBR250RR feature similar designs with dual LED headlights, LED indicators, alloy wheels, muscular fairings, and split seats. Both motorcycles were already sporty as is and with the addition of the new colour, they look even sportier.

Both motorcycles use fully digital LCD instrument clusters but being the more premium offering, the 250RR gets a bigger display along with three rider modes, ride-by-wire, and a quickshifter. Suspension duties on both motorcycles are handled by the same USD fork and monoshock setup.

Coming to their powerhouses, the CBR150R uses a 149cc single-cylinder motor which churns out 17.1PS and 14.4Nm while the CBR250RR gets a 249cc twin-cylinder motor making 41PS and 25Nm. Both motorcycles use a 6-speed gearbox mated to a slip-and-assist clutch.

The key question here as always remains: will we see them in India? The answer, as always, is a disheartening no. The CBR150R tricolour is priced at IDR 40,600,000 (Rs 2.10 lakh) and the CBR250RR tricolour at IDR 77,300,000 (Rs 4.01 lakh), making them a costly proposition. However, Honda has just launched the new CB350RS in India and it claims it is the perfect motorcycle for Indians. Interested? Read our full story about it.