New Honda Big Bike Incoming - Is It The New Fireblade Or A Bigger Surprise? 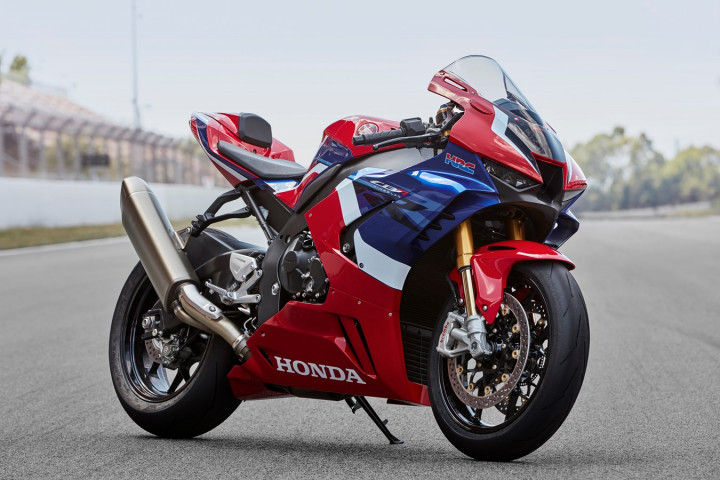 Last month Honda launched the much awaited Hornet 2.0 in the Indian two-wheeler space. The new motorcycle is the replacement for the CB Hornet 160R and is the most premium motorcycle currently manufactured by the Japanese brand in our country. It seems Honda isn’t done yet as it has sent us a ‘Block Your Date’ invite, signalling the launch of a new motorcycle on September 30.

Honda hasn’t shared any details about the upcoming bike apart from a crown and the mention of a ‘majestic launch’. There’s also the Honda BigWing logo which leads us to believe the bike in contention is a premium motorcycle. Since there is no definite word from Honda about the upcoming bike, we will have to take a wild guess.

The first choice is quite an obvious one since Honda has already commenced bookings of the new CBR1000RR-R Fireblade across India and a few units have even arrived in India already. The crown could be to denote that the king of superbikes is back as with the new Fireblade, Honda has made quite a leap as it entered the uber exclusive 200PS club. We have got exclusive pricing details of the new Honda superbike and it will definitely leave you in awe with its performance and sticker price.

In comparison to the older bike, the new Firebalde has undergone significant updates with respect to styling, power and features. It looks much sharper and sportier and is the first Honda production bike to feature winglets. The BS6-compliant inline four-cylinder motor is rated at 217.5PS and 113Nm of torque. Even more impressive is the kerb weight of 201kg, which gives it one of the best power-to-weight ratios for any superbike on sale. You can read more about the bike here: Honda's RR-Razor-sharp 2020 Fireblade Is Here

This might come as a wild surprise as there were rumours that Honda’s 500cc range might make their Indian debut by late 2020. This was pre-Covid 19 and given the current scenario the launch is likely to be pushed to early 2021. However, recently the Euro 5 (BS6) versions of Honda’s 500cc range was unveiled. While there were no cosmetic updates, the big news was that power and torque figures remained unchanged despite being nature-friendly.

Honda might launch the 500cc range as CKD units to test the waters before going ahead with its plan to localise the bikes in India to bring the costs down. Out of all the bikes in the Honda 500cc range, our personal favourite is the Honda CB500X and here’s why.

Another interesting bike could be the Honda Rebel 500, which seems to be very popular among Indian two-wheeler enthusiasts. The Honda CBR500R and the Honda CB500F might not have the wow factor associated with their ADV and cruiser siblings, but both these bikes score highly on practicality. You can read more about the Honda 500cc family here: Honda’s 500cc Models Are Ready For India