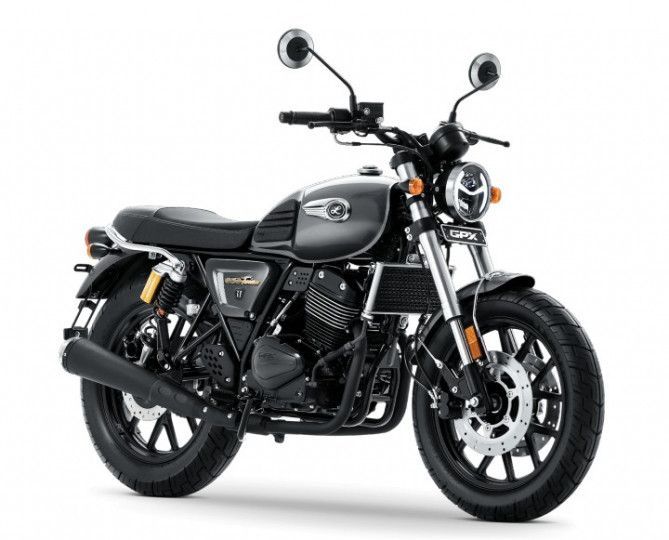 GPX Malaysia has launched their latest quarter-litre offering in the form of the Legend 250 Twin. And if the design is anything to go by, it seems to be a direct rival to the Honda H’ness CB350. But there’s a bit more to it than meets the eye.

A clear example of the retro-modern theme, the GPX Legend 250 Twin gets an LED headlight and taillight while the turn indicators use conventional bulbs. That’s not all, you also get a fully digital LCD console with a decent amount of data like a speedometer, odometer, fuel gauge and a gear position indicator too.

GPX has equipped the bike with a USD fork and gas-charged twin YSS rear shocks. Meanwhile, the braking hardware consists of dual front discs (an overkill for such a small motor) and a single rear unit.

With a seat height of 790mm and a ground clearance of 160mm, the Legend 250 should make for a decent commuter as well.

GPX is yet to reveal the pricing, but if the brand has any plans to launch the bike in India, an asking price of around Rs 1.75 lakh should make it a steal. What do you think of the bike? Let us know in the comments.