Brembo’s New Brake Caliper Can Now Talk To You 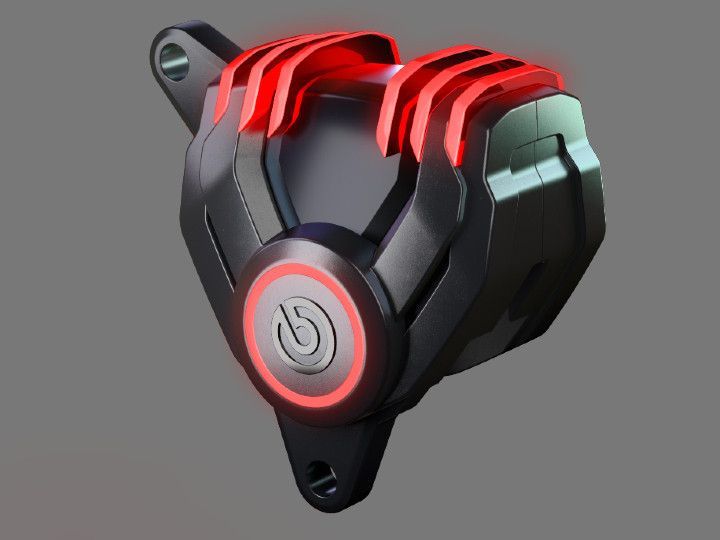 When you think of top-spec braking hardware, you think of one name: Brembo. The iconic Italian manufacturer has made a name for itself by supplying stopping power to premier championships like MotoGP, World Superbikes and even Formula One, and then trickling that technology down to create some of the best braking systems ever seen on road bikes. You might imagine that the folks at Brembo are currently hard at work researching brake pad materials and designing new master cylinders and more powerful monoblock calipers. And while all that is probably true, Brembo is also working on something else, something rather quirky.

Called the Brembo New G Sessanta brake concept, this is essentially a rear brake caliper with an integrated LED lighting system that can be controlled via your smartphone. This presumably means that it is in some way Bluetooth enabled, and Brembo says that it also features GPS. While on the surface of it, this seems a little gimmicky, all the various characteristics can combine to add a fair bit of utility to your motorcycle.

First of all, the lights can be used to communicate the status of the caliper itself (perhaps the wear level of the pads) or the status of the motorcycle (perhaps tyre pressures). They could also be used in conjunction with the bike’s hazard lights to make you more visible in dangerous situations. From a security standpoint, since the caliper has GPS, it can act as a tracker for the motorcycle, and since it is a brake caliper, it can also lock the rear wheel when parked.

Of course, utility aside, the most obvious element of Brembo’s new concept is the visual appeal. We Indians love a bit of bling on our motorcycles, and if the success of bar-end lights and underbelly neons is anything to go by, then the Brembo New G Sessanta brake concept could be quite popular in India once it eventually goes into production.