Accessories We Could Expect From The KTM 390 Adventure 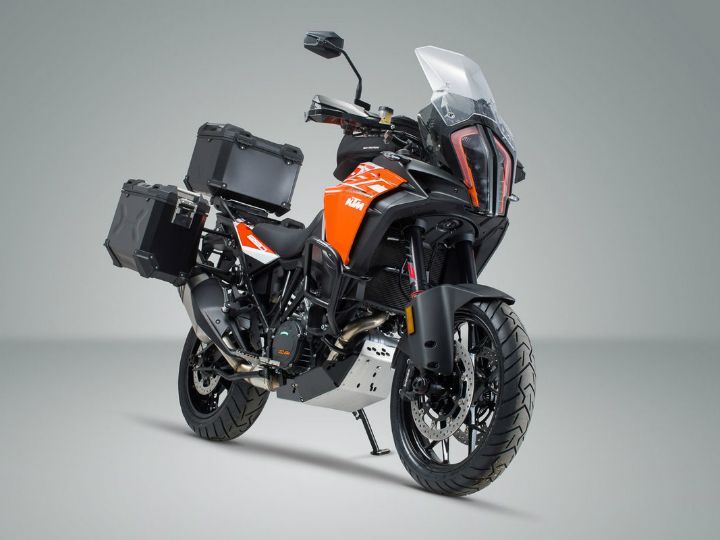 With the KTM 390 Adventure slated to be launched sometime next year we couldn’t help but fantasize about the variants it should be offered in (click here to read all about it). This time though, let’s talk about what the Austrian two-wheeler manufacturer could offer in terms of accessories for the adventure tourer. Taking into account that KTM already offers a slew of ‘Power Parts’ for its entire lineup, we wouldn't expect the manufacturer to treat its potential volume seller any differently. So here’s a list of accessories we would like to see offered on the 390 Adventure.

No, we’re not really talking about the AI from Iron Man, but more on the lines of the electronic features that the 390 Duke already has. The full TFT instrument console of the 390 already features Bluetooth connectivity, which helps pair your phone with the console. A pretty nifty feature which allows the rider to answer calls and control the music player. In the same fashion, we expect the adventure version to take it up a notch by adding a GPS function and maybe even riding modes. The added benefit of having directions displayed on your screen would prevent you from getting lost and also direct you through the fastest and best possible route to your destination. Having said that, an AI like JARVIS enabled in your bike wouldn’t be a bad thing now, would it?

Moving on, a USB charger as an accessory would be a really nice touch. You wouldn’t really want to go touring across states without any juice in your phone, would you?

Accessories in case you decide to go backpacking

One of the downsides of travelling on a bike is carrying all the luggage you might want to. The easy route would be using ropes or bungee cords to pin the luggage to your rear seat, but we would suggest otherwise. A sudden pothole or bump on the road could see your luggage sky-rocketing towards Mars.

To prevent this from happening, saddle stays or a top rack would be the perfect accessory. They’re purpose-built to keep your luggage from moving around, while the panniers store all your essentials and solidly attach to the stays. These water- and dust-proof panniers are a lot easier to install compared to those annoying ropes or bungee cords.

We’re pretty sure that the 390 Adventure would come factory fitted with a windscreen; however, an option of a larger windscreen would be an added bonus on highways.

If you're riding cross country, you might have experienced the need for some additional illumination on the road for your bikes at night. This is where auxiliary lamps come in handy by illuminating those dark roads and off-road trails ahead of you. Since the Versys-X 300 gets them as standard, we can at least expect them to be offered as an optional extra for the 390 Adventure.

Accessories in case you decide to play rough

You may be a hardcore biker who has really good control over your bike on the road. However, off the road, it's a whole different ballgame. Your bike isn’t going anywhere if it doesn’t have the right equipment to handle the terrain. We could expect KTM to offer some protection as standard for the bike in the form of a crash guard and skid plate which will help protect the engine and other important components from rocks, debris, muck etc. Fragile components like the headlight, radiator and brake/clutch levers also need some shielding, hence, we can expect guards for all the aforementioned components to be offered as accessories.

Off-road-oriented bikes require spoked wheels which flex easily while tackling off-road landscapes, which in turn results in fewer shocks being transferred to your backbone. Knobby tyres dig into the dirt and deliver better traction.

That said, a standard front fender will jam your wheels with muck owing to the low tolerance gap between the wheel and fender. Hence, a high-mounted front fender is an absolute must. It will have enough tolerance between the front wheel and will do its job of keeping the muck off your face.

Last but not the least, handling the bike off-road bike isn’t easy, especially while standing upright on the footpegs. Smaller foot pegs won’t offer the grip needed and you will often find your foot losing traction. Bear claw foot pegs would do the perfect job in this case. Its claw-like grip prevents your feet from sliding off even in the hairiest of situations.

All the above images are used for representational purposes only*