KTM 390 Adventure - What If KTM Makes Two Versions Of It?

The news of the 390 Adventure’s launch confirmation has delighted adv enthusiasts in the country. We couldn’t help but wonder, what if KTM made two variants: a touring version and a hardcore adventure version 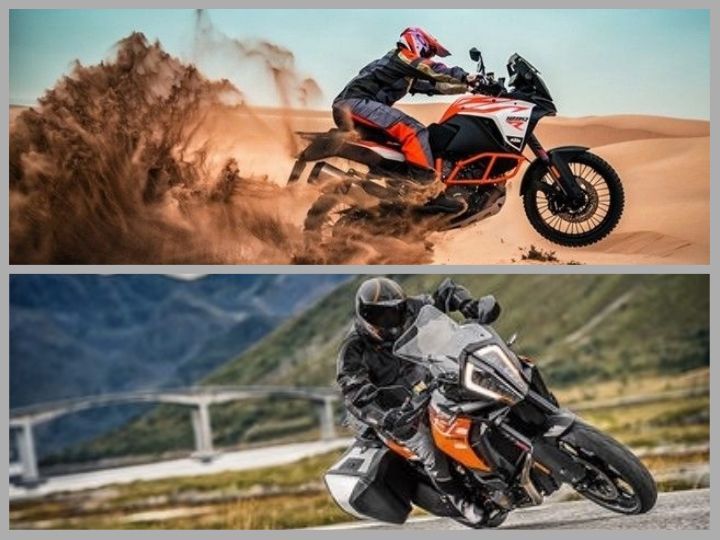 Two weeks ago, just as BMW Motorrad announced that it has started accepting bookings for the G 310 R and G 310 GS, KTM gatecrashed the party by confirming the launch of the much-awaited 390 Adventure in the country next year. The prospect of a relatively light, powerful and inexpensive go-anywhere two-wheeled machine has excited many touring and off-road enthusiasts for a long time now, and the 390 Adventure might just be what they are looking for. It is expected to be based on a new frame and get a higher-spec suspension setup with better travel and greater ground clearance. While KTM hasn’t revealed much information about the upcoming adventure tourer, here’s what we think it could pack.

First off, there are likely to be two variants on offer - a road-going one and a proper off-road spec motorcycle. The 390 Adventure is expected to have a different power and torque curve when compared to the RC 390 and the 390 Duke. However, the road-biased variant is likely to miss out on riding modes to keep costs low. This variant is likely to feature 17-inch alloy wheels with road-spec tyres to make quick work of long highways and twisties. It could also get a mechanically adjustable windscreen for optimised protection against wind blast on the highway along with a bash plate to protect the engine, thus rounding off the touring-friendly package.

If KTM brings out such a variant, expect it to be priced around Rs 60,000 to Rs 70,000 more than the 390 Duke, which retails for Rs 2.4 lakh (ex-showroom Delhi). The road-going variant will be ideal for those who want a more powerful yet affordable road-biased adventure motorcycle than the G 310 GS.

The off-road variant, on the other hand, will come with all the bells and whistles one can expect from a proper adventure motorcycle. The engine is likely to get an off-road mode to help it tackle diverse terrains better. It should be easy to integrate riding modes since the base motorcycle (390 Duke) already features ride-by-wire. The riding mode may still be rudimentary compared to the big-capacity adventure bikes, but it should be enough for a mid-capacity motorcycle such as the 390 Adventure. This version is likely to ride on off-road-spec 21-inch front and 17-inch rear spoke wheels shod with knobby tires to tame the terrain. The bash plate could also be sturdier to suit the bike’s usage. The dual-channel ABS is also likely to feature an off-road mode, which would disable the system on the rear wheel alone to allow sliding in the dirt. It’s essentially the same as the Supermoto mode that the 390 Duke comes with.

The addition of these features is expected to command a premium of around Rs 15,000 over the road-going 390 Adventure. If KTM manages to price the product right, which it should, going by the approach so far. Then the feature-laden, value-for-money, mid-capacity adventure motorcycle will prove to be a better deal when compared to the Kawasaki Versys-X 300. For a better understanding about the 390 Adventure's rivals, click here.