The New Mercedes-Maybach S-Class Is The Epitome Of Luxury

The standard S-Class has set the benchmark in luxury, but this one takes it a step further! 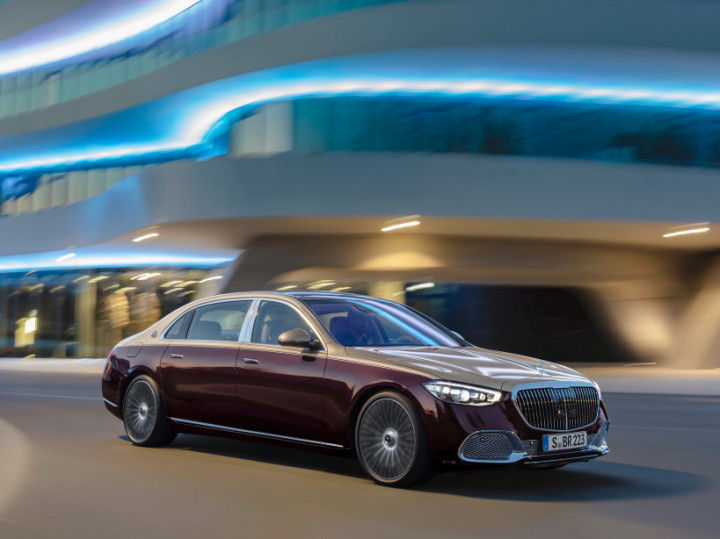 The W223 Mercedes-Benz S-Class has set a high benchmark in luxury, comfort, and technology in its segment. In fact, the standard model is more than enough to pamper most potential buyers. However, Mercedes is taking it a step ahead with an even more luxurious version, the new 2021 Maybach S-Class.

Space isn’t an issue in the new Maybach S-Class, which comes with a 3,396mm wheelbase that is 180mm longer than the standard model. Since we’re talking about space, let’s start this report from the place where most owners may spend their time: the rear seats. These twin ‘Executive Seats’ can put most first-class airline suites to shame.

The seats are draped in the finest leather with the headrest featuring a soft pillow. If you ask the petrolhead in us, we would make this car’s back seat our second home. One can really stretch out here as these seats recline up to 43.5 degrees. The Chauffeur package comes as standard. On the push of a button, the co-driver’s seat goes all the way forward and the rear seat reclines to its max position. The icing on the cake is the footrest for the left rear seat occupant that comes with a calf massage function.

Other features for the rear seat occupants include massage seats, separate climate control zones, MBUX tablet, individual sunblinds, and an optional fridge with champagne glasses for that romantic date. Most of these features can be controlled via a detachable tablet placed between the occupants.

Shift your focus to the front and the Maybach S-Class’ dashboard layout might remind you of the standard S-Class. But being a luxurious version, this one comes with specific wood inserts and graphics for its infotainment, exclusive to the Maybach. The ambient lighting system also has a party trick: it comes with 253 LEDs that present a light show if you enter or change any settings in the car.

It also comes with a Burmester 4D sound system, augmented reality heads-up display, powered seats, a panoramic sunroof, 18 airbags, and Level-3 autonomous driving technology. The last one allows the S-Class to drive itself using radars and cameras up to 60kmph, but the driver must keep his hands on the steering wheel for it to work and take control if needed.

Coming to another exquisite bit, the design. For starters, it gets a heavy dose of chrome for that added bit of opulence. The vertical slatted ‘Maybach’ grille, finished in chrome, goes well with the luxurious theme of this car while the alloy wheels, which come with options of up to 21-inches, look exquisitely finished. The smattering of Maybach badges denotes you’re driving something special, but our favourite, without a doubt, has to be this dual-tone colour scheme with a hand-painted line dividing both the colours. It’s known as the pin-stripe.

But it’s not all about the opulence. Few owners would also like to get behind the wheel and Maybach has them covered. The S-Class comes with a 4.0-litre twin-turbo V8 that develops 496PS and 700Nm. If that ain’t enough, reports suggest a V12-powered Maybach S-Class is also in the pipeline. Coming back to this V8 engine, it drives its rear wheels via a 9-speed automatic.

Underneath the skin, the S-Class features air suspension as standard. One can put it in comfort and waft along or dial it to sport and tighten this beast down. All-wheel steering wheel ensures this Merc can be as nimble as a C-Class in tight city confines.

The Maybach S-Class will first be offered in China with an India launch likely around 2022. Before the launch of the Maybach S-Class, Mercedes-Benz will offer the standard model that’s expected to reach showrooms by the second half of 2021. Prices could start around Rs 1.5 crore (ex-showroom).