Mercedes-Maybach S Class S680: All About The V12 Maybach In Five Images 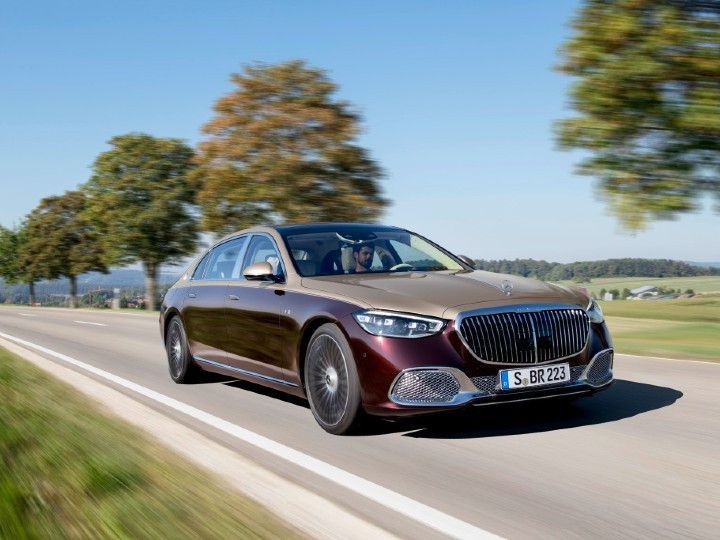 Sure, Mercedes-Benz may be going all out on its electric journey with the EQ brand, but it has still been showing internal combustion engines a little love. Recently, the carmaker quietly introduced the Mercedes-Maybach S Class S680 that plonks in a V12 motor. Here’s all about it in five images:

The Maybach S Class S680 is powered by a 6.0-litre V12 that makes 612PS. Paired with a 9-speed automatic, it drives all four wheels, a first for a V12 Mercedes-Benz passenger car. While the torque hasn’t been revealed, it will likely be the same 1000Nm as that of its predecessor, the S650.

While the S580 edges past the V12 in the 0-100kmph sprint, the S680’s numbers are pretty impressive, considering it has the biggest engine in the lineup and the model tips the scales at 2,350kg. The top speeds for all three engines are electronically limited to 250kmph.

It is hard to comment on the differences, considering Mercedes has shared a few images which reveal the S680 trunk badge and the V12 insignia on the fenders. It has a dual-tone colour scheme and a hand-painted line dividing the two shades. It will, of course, retain its lavish cabin with its airliner suite-shaming twin Executive rear seats featuring massage function, dedicated climate control zones, and an optional fridge with champagne glasses.

Mercedes is likely to bring the luxurious Maybach S Class to India after the standard model, which is set to launch later this year. The S680 will be quite an expensive offering, considering the model in Russia is priced at 27,850,000 rubles (around Rs 2.75 crore).