The Next-gen Hyundai Tucson Will Be A Futuristic Generational Update 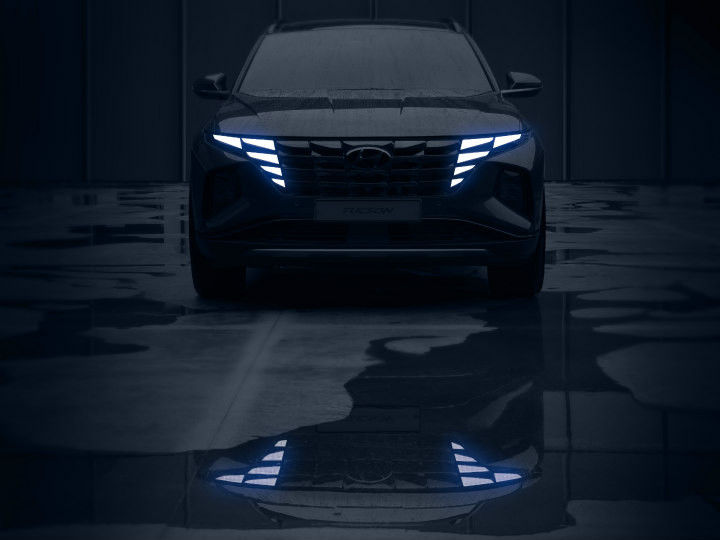 The wait for the fourth iteration of the Hyundai Tuscon is set to come to an end with the carmaker confirming a September 15 debut date. Hyundai has also teased official images of the SUV which reveal a futuristic evolution over its predecessor.

Design-wise, we can straightaway say the next-gen Tucson takes several styling cues from the Vision T SUV concept that debuted at the 2019 LA Auto Show. The new design termed ‘Parametric Dynamics’ features a large V-shaped jewel-like front grille design in which the outer elements illuminate to create LED DRLs, like was the case with the Vision T Concept.

The overall silhouette is more coupe with a sharp rake at the rear complemented by a connected set of double-fang tail lamps. What’s more, Hyundai has confirmed that for the first time, the Tucson will get standard and extended wheelbase options depending on the country.

Unlike the exteriors, the cabin shots are design sketches. But despite that, we can tell it will get a major overhaul, more so a minimalistic overall. Taking cues from the second-gen Hyundai Creta, around the T-top panel on the dashboard, Hyundai looks to have minimised the knobs and switches especially around the centre console which now gets a massive touchscreen infotainment system. Another notable bit is a tablet-like digital driver’s display.  Expect features like the latest Blue Link connected car tech, Android Auto and Apple CarPlay as well as wireless charging.

Technical details are yet to be revealed but we expect petrol, diesel and hybrid powertrain options for the next-gen Tucson. The current India-spec Tucson comes with 2.0-litre petrol and diesel engines.

Expect more details to surface as we get closer to its September 15 global debut. Back home, we’ve just received the facelifted Tucson that retails from Rs 22.30 lakh to Rs 27.03 lakh (ex-showroom). So expect a long wait for the next-gen Tucson, possibly the long-wheelbase version, until the end of 2021 or early-2022. The Tucson currently rivals the Jeep Compass, Volkswagen Tiguan facelift and Skoda Karoq, and will also take on the upcoming Citroen C5 Aircross.