The 2017 Audi A3 has been launched at a starting price of Rs 30.5 lakhs (ex-Delhi) and rivals the Mercedes-Benz CLA in the Indian market 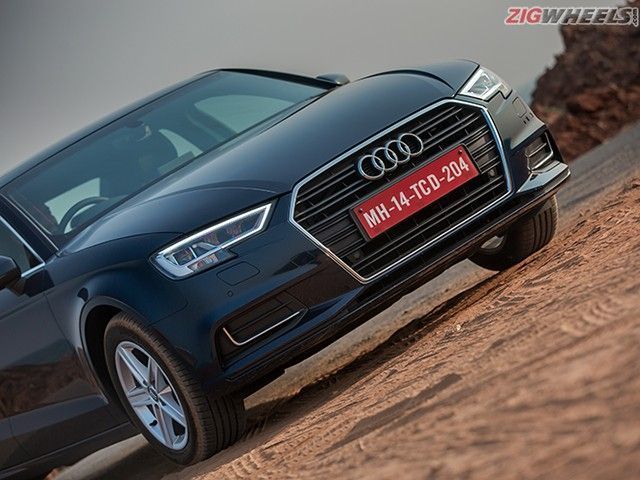 If you are looking to upgrade yourself from a premium sedan to an entry-level luxury sedan, the only choices you would have are the Audi A3 and the Mercedes-Benz CLA. The CLA was updated last year which made it a more viable option to go for. But now, Audi has launched the 2017 facelift of the A3 and has given it a sharper appeal, more bells and whistles and a new, more fuel-efficient engine. In fact, the 2017 Audi A3 is now the most efficient Audi in the country. Let's have a look at what has these updated have brought to the A3 package.

Besides a 2.0-litre diesel engine which is carried forward from the old car, the new 2017 Audi A3 Facelift ditched the 1.8-litre petrol and now comes with a 1.4-litre petrol engine. This move reduces the power of the car by 30PS, maintains the same torque but increases the fuel efficiency by 2.8kmpl. The new Audi A3 35 TFSI produces 150PS of peak power and a peak torque of 250Nm. Mated to a seven-speed S-Tronic automatic gearbox, the 35 TFSI runs for 19.2km on a litre of fuel. The reason this engine is so efficient is that it has the ‘Cylinder-On-Demand’ feature, which cuts off two of the four cylinders while cruising. Though it makes considerably less power than the CLA (33PS), the 4kmpl fuel difference just might work in its favour.

2) Light-Emitting Diodes All Around

Gone are the days when Audi used multi-reflector halogens in the A3. The 2017 facelift gets LED headlamps in the top model and Xenon Plus units in the base variant. The taillamps also get led treatment and dynamic turn indicators. The new pattern on the taillamp makes it look sleek and livens up the design further.

The 2017 Audi A3 facelift loses its chunky four-spoke steering wheel and gets a sporty three-spoke unit. This three-spoke unit has been borrowed from the upcoming Q2 SUV and along with the all-black leather trim, makes the cabin feel a lot sportier. Another change in the car is the new set of alloy wheels. The size (205/55 R16) has remained the same but the design has been changed to give the car a fresh look.

4) More Information On The Screen

The Audi A3 facelift comes with the latest MMI (Multi Media Interface) software. It comprises of a 7-inch retractable screen which pops out whenever you switch on the car. It includes navigation with 3D maps, Bluetooth and Audi Music Interface. Also, the new system comes with an armrest-integrated phone box. It uses the car's antenna to boost the phone's signal and also supports wireless charging to charge your compatible smartphones without any hassle.

With the introduction of the new petrol engine, the A3 facelift now gets 2 new variants - 35 TFSI Premium Plus which is priced at Rs 30.5 lakh and the 35 TFSI Technology which is priced at Rs 34.25 lakh. Surprisingly, these two variants are priced quite close to the diesel variants. Earlier, the petrol variants were considerably cheaper than the diesel alternatives. Also, The diesel 35 TDI Premium Plus is Rs 60,000 cheaper than the older equivalent variant whereas the 35 TDI Technology is Rs 15,000 more expensive than before. All prices ex-showroom, Delhi.

These were the major changes of the recently launched Audi A3 facelift. to know more about the car in detail, check out the full road test here.