BMW India has launched the updated M6 Gran Coupe at India’s first BMW M Studio that has been made specially to showcase the German manufacturer’s performance car range. The car is priced at Rs 1.71 crore (ex-showroom, Mumbai) 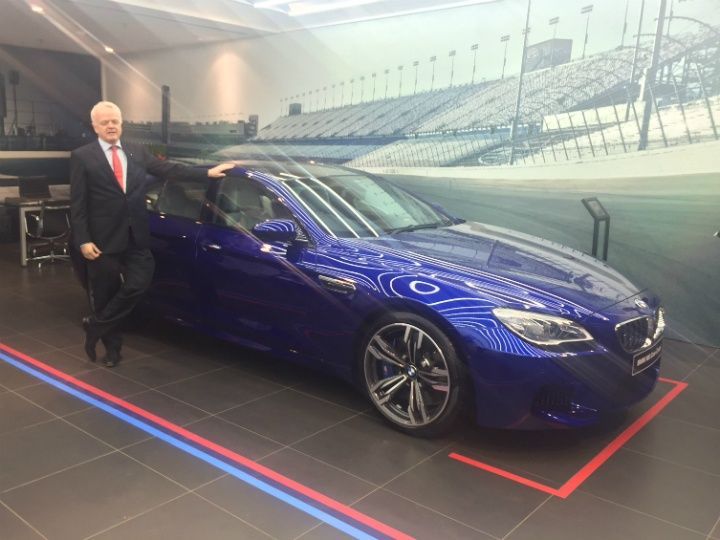 BMW India has launched the new 2015 model year M6 Gran Coupe in India. The new car joins the salvo of M cars that BMW have launched this year that include the new M3, M4 and the M5. The car was launched at the new BMW M Studio showroom in Mumbai which is the first of its kind showcase of BMW’s performance cars in India. The BMW M6 Gran Coupe is priced at Rs 1.71 crore (Ex-showroom, Mumbai)

The 2015 model year M6 Gran Coupe will come with pretty much the same running gear as the older one did and the same mechanicals that you get on the ultra popular BMW M5. You get a twin turbo 4.4-litre V8 engine that makes 560PS of peak power or 575PS if you opt for the competition package and a raspy exhaust note from the typically quad exhaust pipes that all BMW M Cars come with. The car does get a few updates in the exterior front including the headlamps and tail lamps but on the whole they are pretty difficult to spot unless you are a BMW enthusiast.

The BMW M Studio where the car has been launched in Mumbai is a first of its kind in the country and has been made specifically to combat Mercedes-Benz AMG Performance Centers that have really been boosting AMG sales in India in the last few months. The BMW M Studio will be essential to showcase BMW’s exclusive M cars and also the M-package option that is available on a select few cars in the German manufacturers range. BMW will also open 6 new speciality M stores by the end of the year 2016.

In related news BMW has also announced that they will invest Rs 100 Crore in the Indian market for new manufacturing plant to make their products even more acessible for the Indian customer.