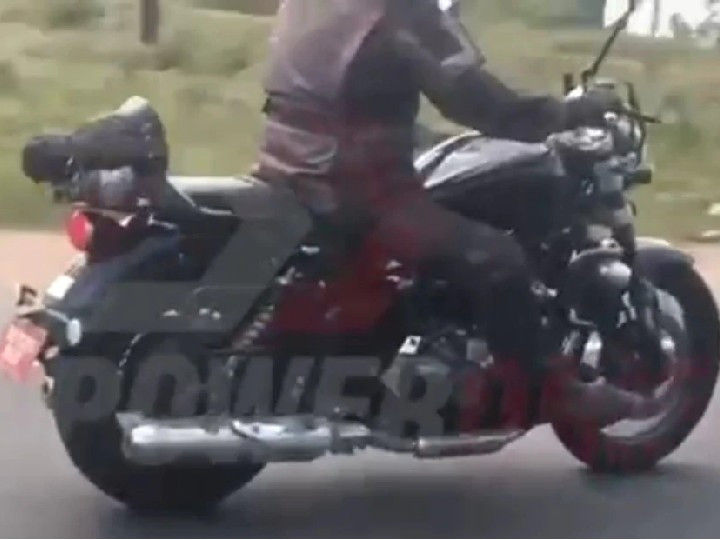 Last seen back in November 2021, the upcoming Royal Enfield Super Meteor 650 has now been spotted testing again. The bike looks production-ready and here’s what you should know about it.

The test mule features a windscreen shorter than the one spied earlier, a leg guard with integrated fog lights, rear rack, cushioned backrest, and saddle stays . But we believe Royal Enfield will offer most of these bits and bobs as separate accessories or as preinstalled on a different variant (similar to the Meteor Supernova and Stellar variants).

It’s evident that the Super Meteor 650’s laidback design is similar to the current Meteor 350. It features a pretty hefty and curvy bodywork all over, giving the essence of a proper middleweight motorcycle.

Not to mention, Royal Enfield has equipped it with LED illumination and what appears to be a twin-pod instrument console. One of the two pods could be an analogue dial with a digital inset and the other could house the Tripper navigation unit.

It’ll be powered by a 648cc twin-cylinder air-oil-cooled motor, the same powertrain as the Interceptor 650, without any tweaks to the current state of tune. The Inty 650 dishes out 47PS and 52Nm.

As for the underpinnings, the Super Meteor 650 ups the ante and is sprung by a USD fork (a first for a production Royal Enfield bike) but gets twin rear shocks. The braking hardware consists of a single disc at both ends.

The bike looks ready to hit the production line and we believe it’ll debut by mid-2022. Expect a price tag of Rs 3.5 lakh (ex-showroom), thereby making it the most expensive offering in the Royal Enfield bloodline. It’ll have the Kawasaki Vulcan S in its crosshairs.