Test rides will commence in September 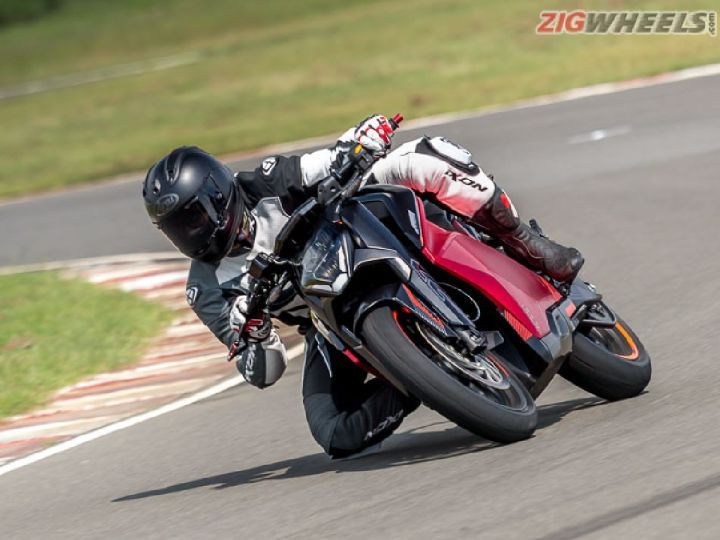 On the occasion of India’s 75th Independence Day, Ultraviolette organised a test ride of its e-bike, the F77 for members of the Indian aviation community, including Indian Air Force personnel. The ride took place at the Taneja Aerospace and Aviation airfield in Hosur.

With this, Ultraviolette also claimed that the F77 is nearly production-ready and test rides for the public will begin in September 2022. We rode it back in November 2019 and here’s what we thought about it. Back then, the bike was in its early, pre-production form, and the company had yet to sort out issues with its ABS and throttle calibration.

While the deliveries of the e-bike were slated to start in October 2020, the global pandemic, followed by the widespread semiconductor crunch, led to mounting delays. That, coupled with the nascent electric motorcycles market in India, meant that there were complications for the company at each step.

Nevertheless, there’s quite a lot to look forward to on the F77. It is powered by a 25kW electric motor that makes 90Nm (at the motor), though its performance is comparable to a 300cc bike, something like the TVS Apache RR 310. Besides, Ultraviolette claims a range of about 200km along with a claimed top speed of 147kmph.

The prospect of a performance-oriented electric motorcycle ripping our streets is rather exciting. That said, we expect Ultraviolette to stick to its guns and hopefully price the F77 around the Rs 3 lakh (ex-showroom) mark. With that, its petrol-powered alternatives would be the sub-400cc supersports, like the KTM RC 390, and the Kawasaki Ninja 300. If you want to stay in the electric territory and are looking for something that’s more affordable, you could check out the Tork Kratos and Revolt RV 400.