All You Need To Know About The Yamaha Neo’s

Yamaha has showcased the Neo’s at a dealer event in India and plans to launch the e-scooter next year. Here’s the full lowdown 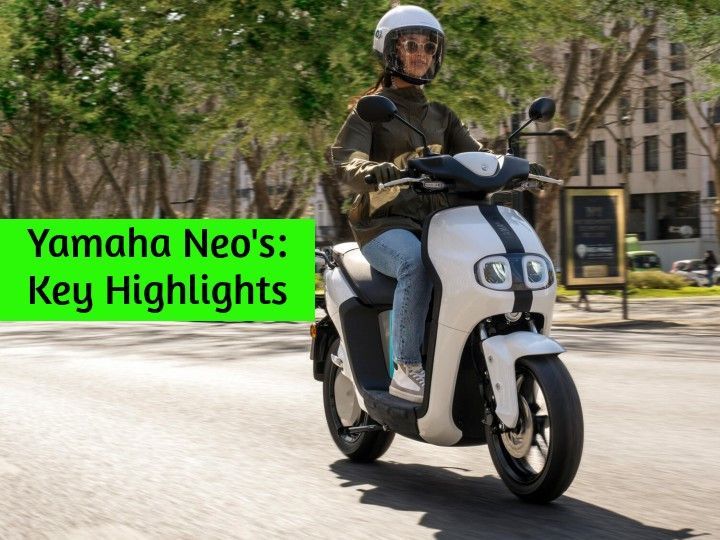 Yamaha unveiled the Neo’s electric scooter in the European market back in March 2022, and then recently, also showcased it at one of the dealer events in India. In our exclusive report, we’d revealed that Yamaha will be launching the e-scooter next year, so if you’re eager for this one, here’s everything you need to know:

The Yamaha Neo’s is powered by an air-cooled brushless DC hub motor, producing 136Nm. It comes with two riding modes: STD and Eco. In the former, the power output is restricted to 2.06kW and the top speed limited to 40kmph. In the latter, the output is reduced to 1.58kW and the top speed stands at 35kmph. The claimed range in this mode is 38.5km, which can further be expanded to around 68km with the help of an optional battery pack. That said, you’ll have to compromise on boot space if you were to opt for better range.

The battery is a 50.4V, 19.2Ah lithium-ion unit, weighing 8kg each. That should make it easy to swap and given the government’s push for swappable battery packs, it makes sense for Yamaha to capitalise on it.  It does not come with fast charging technology, though. The battery takes around eight hours to fully charge using a domestic charging point. Yamaha has also worked on the battery to make them reliable as they can maintain good efficiency for 1000 cycles or 10,000km.

The Yamaah Neo’s comes with a fairly generous 27 litres of underseat storage, which also doubles up as a storage area for the secondary battery pack. It also features an all-LED lighting system, and a full-LCD instrument cluster. That said, the console is way too tiny and the information is crammed into the small space. The e-scooter also comes with a remote key for added practicality, and smartphone connectivity.

The Yamaha Neo’s comes with a telescopic fork and a single rear shock absorber. While the unit up front offers 90mm of travel, the rear suspension gets 80mm of travel. The e-scooter comes to a halt using a 200mm disc up front and a drum at the rear. It is also fairly light, as it weighs 90kg without the battery pack. And at 795mm, the seat is fairly accessible too. However, the 135mm ground clearance will not be good enough for Indian roads.

The Yamaha Neo’s retails at an equivalent of Rs 2.98 lakh in Europe, which is a lot for what at the end of the day is an electric alternative for a 50cc petrol-powered scooter. So even with heavy localisation, the pricing is unlikely to be competitive enough to rival the likes of the Ampere Magnus EX, Bounce Infinity E1 and Hero Optima CX.