The mid-sized sports tourer has been launched. Here’s all you need to know about it 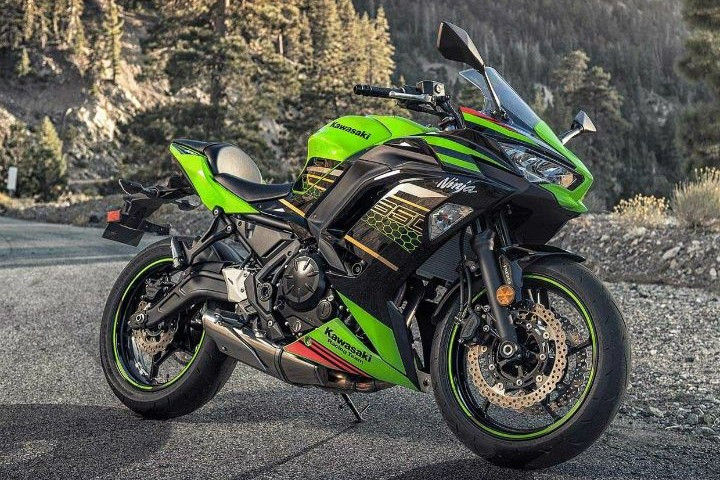 After unveiling the MY2020 variants of the Ninja 650, Z900 and Z650, Kawasaki has launched the Ninja 650 BS6 in India. This is a generational update for the mid-capacity sports tourer and apart from a cleaner motor, it gets major cosmetic and feature updates. Here are five important facts you need to know about the MY2020 Kawasaki Ninja 650 BS6:

It gets a new look:

The Kawasaki Ninja 650 BS6 now gets a completely new bodywork that is similar to Kawasaki’s newer Ninja models like the Ninja 400 and Ninja ZX-6R. It features new headlamps and a new windscreen that is placed lower than before but more upright for better wind protection. The pillion seat receives better cushioning now. It now comes in two dual-tone colours -- Lime Green Ebony and Pearl Flat Stardust White.

The new headlamps now get LED lighting for the high beam, low beam and DRLs. Another major update is the new 4.3-inch colour TFT instrument console that comes with Bluetooth connectivity. You can connect your smartphone to the instrument console via Kawasaki’s Rideology app.

Makes the same power as before:

The updated 649cc liquid-cooled parallel-twin motor makes the same 68PS at 8000rpm and 64Nm at 6700rpm as before. Kawasaki says that the Euro5/BS6 compliant motor features updates in the intake and exhaust areas and now offers better mid-range torque. It continues to use the same 6-speed gearbox as before.

The only update to the underpinnings is the more premium  Dunlop Sportmax Roadsport 2 radial tyres that replace the Dunlop Sportmax D214 tyres. Tyre sizes remain the same 120/70 ZR17 front and 160/60 ZR17 rear radials. The Ninja 650 BS6 continues to use a trellis frame with 41mm conventional forks and a linked monoshock. Braking is via dual 300mm discs up front and a 220mm rear disc brake with dual-channel ABS. Dimensions remain unchanged as well. The Ninja 650 BS6 weighs 196kg, gets a 790mm seat height and a 15-litre fuel tank.