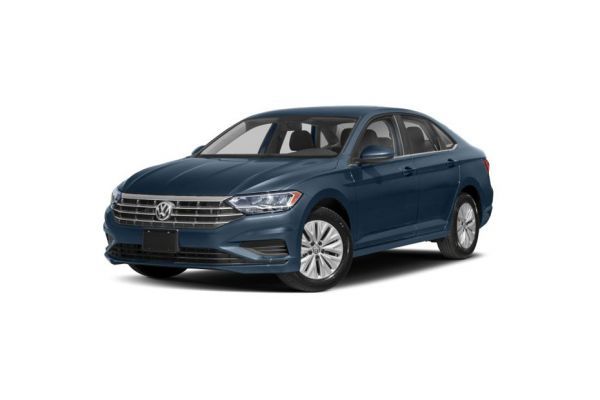 Volkswagen Jetta, a premium sedan targeted at D-segment buyers, is available in India in the price range of Rs 14.69-20.8 lakh (ex-showroom, Delhi). Following the Volkswagen lineage, the design of Jetta is contemporary, elegant and unoffending. The inside story is no different as the quality cabin and spacious interiors will win you over in no time. The sheer feeling of luxury and space is one of the strongest points of Jetta and 510-litre of boot space further augments its appeal among the prospective buyers. Under the Hood, the Jetta is powered by either a 1.4-liter TSI petrol engine or a 2.0-liter TDI diesel engine putting out 122PS/200Nm and 140PS/320Nm respectively, mated to manual gearbox (available in both petrol and diesel) and automatic transmission (available only in diesel variant). In the Indian market, the Volkswagen Jetta is competing against the likes of Toyota Corolla Altis, Skoda Octavia, and Hyundai Elantra among others.
Read More

Aug 16, 2016 : German carmaker Volkswagen has decided not to launch the seventh-generation Jetta in India. VW will however continue to produce the current model of the Jetta till the CKD (Completely Knocked Down) kits run out of stock, possibly by the end of 2017. The current Jetta is costlier than the Toyota Corolla Altis and the Skoda Octavia, both of which have received a much better response from the Indian market. In fiscal year 2015-16, the Jetta clocked 1,940 units whereas its sibling brand Skoda sold 2,675 units of the Octavia and the Japanese counterpart Toyota sold 6,506 units of the Corolla Altis. The Jetta currently sells in double digits a month and the seventh-generation model with its latest tech would likely become even more expensive than the current offering, making it difficult for the car to make a case for itself in India

The 2015 Volkswagen Jetta gets a cosmetic makeover. And since there is no change in the technical details, the executive sedan retains its fun-to-drive nature. Get latest news, reviews for upcoming Volkswagen Cars in India at ZigWheels.com

Call them D-segment saloons or executive sedans, there have been plenty of options here to choose from for the Indian car buyer who has arrived in life. But an old name has made a re-entry in this segment in a brand new guise and threatens to upset the order. So we pit the new Hyundai Elantra against the Volkswagen Jetta, Skoda Laura, Toyota Corolla Altis, Chevrolet Cruze and the Renault Fluence

The Chevrolet Cruze always was a potent machine and now with the new engine, has only become better. So which are the cars out there that will be in its line of fire?