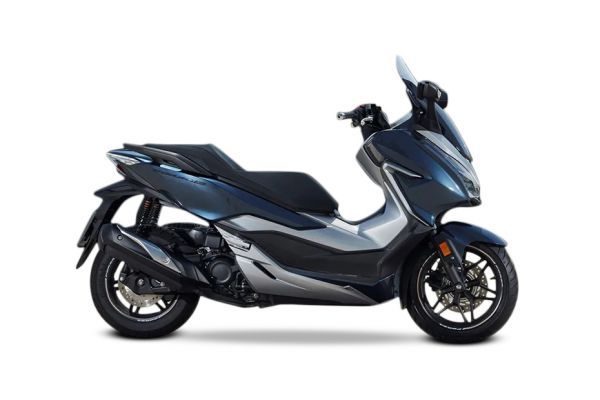 Alert me when launched Ask A Question
Forza 300 Colors
rvmp_n_gpopup

The 2020 Honda Forza 300 has been unveiled in Europe. It comes in a new Limited Edition variant with grey and gloss black dual-tone paint scheme. This colour variant also comes with a premium Forza 300 logo, red stitching on the leather seat and colour-coded, optional, 45-litre top box, which, by the way, is removable as well. Apart from the colour schemes, the scooter remains unchanged mechanically.

Honda has confirmed that it will be getting the Forza 300 to India. The company recently sold four units of the Forza 300 that were brought to India as customer feedback vehicles. While those were Euro 4/BS4 scooters, we will get the Euro 5/BS6 Forza 300 here. The scooters will most likely be launched by the end of 2020 and cost around Rs 2.5 lakh to Rs 2.8 lakh. However, the bike maker is planning to localise some of its two-wheelers, which could bring down the cost of the Forza 300 quite significantly.

The Honda Forza 300 looks rather sporty and packs a ton of features along with a powerful motor. To begin with, it comes with full LED lighting, an analogue-digital instrument console, an electrically adjustable windscreen and Honda Selectable Torque Control (HSTC) - a first for a Honda scooter. It also gets lockable storage bins in the front apron and a generous underseat storage which can hold up to two full full-face helmets. A 12V charging socket comes as standard.

The Honda Forza 300 draws power from a 279cc, liquid-cooled, fuel-injected motor that’s capable of belting out 25PS of power and 27.2Nm of peak torque. The engine also features VVT (Variable Valve Timing) which claims to offer better low, mid and top-end performance. Honda Selectable Torque Control (HSTC) works on the lines of a traction control system, which adjusts torque sent to the rear wheel in order to regain traction.

Honda Forza 300 is going to launch in India with an estimated price of Rs. 2.5 Lakh