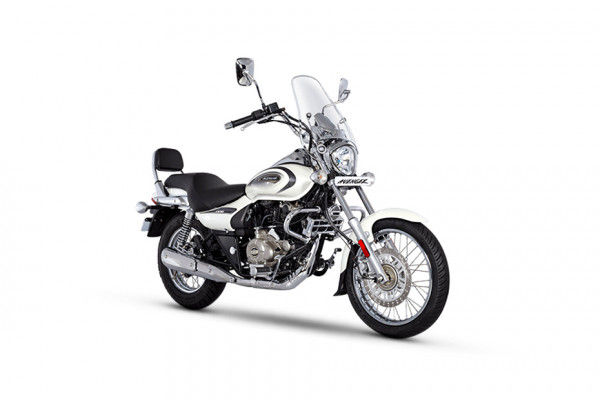 The Bajaj Avenger Cruise 220 BS6 was launched at Rs 1,16,672 (ex-showroom Delhi). This made the bike dearer than the BS4 version by Rs 11,584. The BS6 version has received a fuel-injected engine compared to the previous carburetted unit. The updated retains power and torque figures at 19.03PS at 8400rpm and 17.5Nm at 7000rpm. The 5-speed transmission has also been carried over.

There are no other changes to the bike. It uses a telescopic front fork, twin rear shock absorbers, 260mm front disc with single-channel ABS, and a 130mm rear drum. Its only other competitor in the budget cruiser segment is the Suzuki Intruder BS6.

Mated to a 5-speed gearbox, the 220cc, oil-cooled motor generates 19.03PS at 8400rpm with 17.5Nm of peak torque produced at 7000rpm. Suspension duties are managed by telescopic forks at the front and twin shocks at the rear. Braking is via a 220mm front disc and a 130mm rear drum brake. The 13-litre fuel tank should offer a decent range for highway cruising. It tips the scale at 159kg (kerb), while the ground clearance stands at 169mm.

Earlier this year, Bajaj updated the Avenger Cruise 220 with some upmarket features to bring it into the 21st century. That said, the basic design language and proportions remain the same as before. New design updates consist of a set of LED DRLs that flank the halogen-lit headlamp from either sides, new graphics and a large windshield, which is now offered as standard. A standout feature, and certainly the most attractive of the list, is the blue backlit all-digital instrument console.

Hyosung Aquila 250: Although it is not exactly a direct rival to the Avenger 220 given its pricing, the Aquila 250 does hold the distinction of being the most affordable cruiser bike with a V-twin engine on sale. It has a quintessential cruiser styling with lots of chrome, but a price tag of over Rs 2.5 lakh works against its favour.

UM Renegade Commando: The UM Renegade Commando is the closest competitor to the Bajaj Avenger Street 220. While it might not have the brand recognition that RE has, it does offer a refined and powerful engine. The large dimensions and modern cruiser styling is something that will grab a lot of eyeballs.

After more than 5 years, the Bajaj Avenger 220 finally gets an update. Is it worth the long wait?

What is the price of Bajaj Avenger Cruise 220?

What is the Tyre and Wheel type of Bajaj Avenger Cruise 220?

Does the Bajaj Avenger Cruise 220 have ABS?

Which is better Bajaj Avenger Cruise 220 or Royal Enfield Bullet 350?

What is the EMI of Bajaj Avenger Cruise 220 in Delhi?

What are the colours available in Bajaj Avenger Cruise 220?