After more than 5 years, the Bajaj Avenger 220 finally gets an update. Is it worth the long wait? 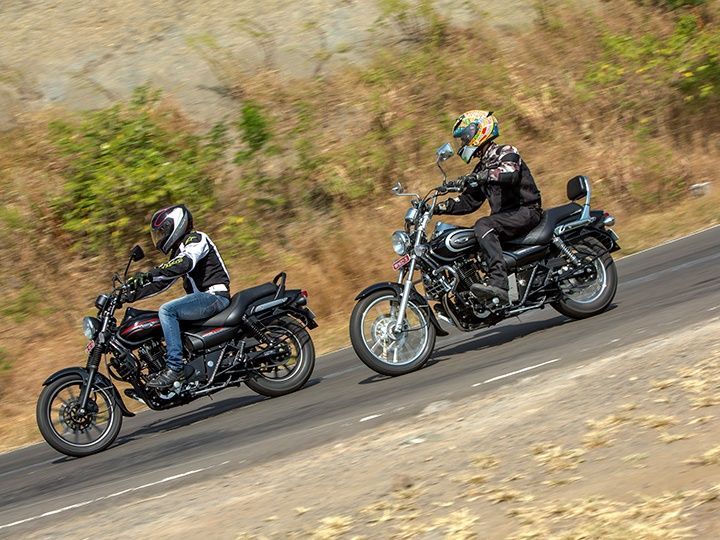 When talking about affordable cruisers in India, it is hard to leave Bajaj out of the conversation. With prices of Royal Enfield offerings on the higher side, Bajaj was quick to spot the need for a value-for-money offering in this class and bring in the Avenger in 2005. Five years into its life cycle, the Avenger had already seen two engine changes. However, it seems like the new generation of Pulsars and KTMs kept Bajaj a bit too busy to turn its attention to the popular Avenger. Bajaj has finally given it an update in the form of the Avenger Street 220 and the Cruise 220. But can it give a new life to the dud affordable cruiser segment?

Before we delve into the technical details of the Bajaj Street 220 and Cruise 220, let’s talk a bit about its design. While Bajaj has retained the overall silhouette of the original Avenger, they have done well to give both the bikes a unique identity. The Street 220 gets a matte black treatment all around – on the headlight cowl, handle bars, instrumentation on the tank and the exhaust. All the aforementioned parts on the Cruise 220 are brushed in chrome. The matte black finish though looks a lot better finished than the chrome. While the Cruise 220 makes do with spoke wheels, the Street 220 ends up having more presence due to the addition of alloy wheels. Both bikes sport different handle bars too, but more on that later.

While Bajaj has given the Avenger a makeover, its heart remains unchanged. That means, the Street 220 and the Cruise 220 continues to make 19PS and 17.5Nm from the 220cc single-cylinder motor. While this engine has always been punchy enough, it lacked refinement. Bajaj however seems to have worked on that. The Avenger 220 twins now feel a lot more refined than before. But that isn't to say there is no scope for improvement especially after the refinement we have experienced on the Pulsar AS150 and even the smaller Avenger Street 150 for that matter. The gearbox though is pretty slick and gets a thumbs up from our end.

In terms of performance though, the Avenger 220 twins leave little to complain about. Power delivery is linear making it easy for the bike to gain speed. It has a strong mid-range making it a comfortable highway cruiser. The Avenger 220s feel absolutely at home at close to three digit speeds but push it a little harder and the vibrations can be felt on the tank.

Both the Avenger 220s sport the same setup of telescopic forks up front and twin shocks at the back. With this setup, the Avenger Street 220 as well as the Cruise 220 rides well on smooth roads, but show it a rough patch and the signs of discomfort gets evident. The long wheelbase and the short seat height have a part to play in making things even more difficult. Talking about the seat it is cushioned well and wide enough for the comfort of the rider. However, the same can out be said about the pillion seat.

Show both the Avenger Street 220 as well as the Cruise 220 a series of bends and both behave very differently, despite sporting the same suspension. Like I mentioned earlier, both motorcycles have different handle bars. The wide and short handle bars on the Street 220 make it fairly easy to maneuver in the city or on a twisty section of road. The Cruise 220’s handle bars are relatively taller and narrower making it slightly difficult to guide around tight bends.

Just like all its other new-generation offerings, the Avenger 220 range too feels smoother and refined. The styling too has improved making the Avenger range a lot more cruiser-like and appealing. Despite all of that, the Avenger 220s end up being a classic case of too little too late especially considering that it has been launched after a five year gap.

Bajaj has launched both these motorcycles at Rs 84,000 (ex-showroom Delhi) making it among the cheapest cruiser offerings in the country with the exception of its smaller sibling the Avenger Street 150. Considering its price point, the Avenger range has no direct competitors in the Indian market and that continues to work in their favour.