New updates now make the RS look easy on the eyes, and the updates are not just skin-deep either. 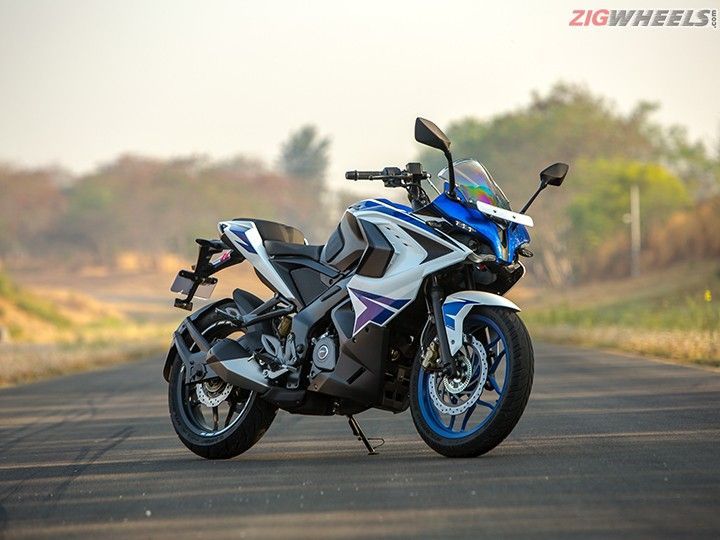 The Pulsar RS 200 is Bajaj's first and only fully faired motorcycle. Launched in late-2015, the bike got modern bits similar to the NS 200 but ushered in fuel-injection, which bumped power up by 1PS. The bike, though, came with a polarising design and the loud graphics did not help matters either. The Pulsar RS 200 receives its second update in the form of a revised engine to comply with BS-IV norms that will come into effect from April 2017. Bajaj also took the opportunity to refresh, or rather clean up the aesthetics to make the bike easy on the eyes.

Being a fuel-injected motor, the RS 200 did not need any major modifications to begin with, so the 199.5cc liquid-cooled motor gets revised software maps and an updated Bosch ECU for optimum combustion. All in all, the RS 200 doesn’t have any changes to its 24.4PS of power and 18.6Nm of torque.

The RS 200 has a very busy design and the previous graphics didn't help matters either. The new design has cleaner elements that make the looks palatable and does not miss out on sportiness either.

The RS 200 comes in three contrast colour combinations - white and blue, black and gray and red and black. The wheels too come in different shades: our test bike had a blue rim at the front and a black rim at the rear. The rest of the body panels remain the same except for a carbon fibre surround for the instrument cluster and a missing headlamp switch courtesy the Auto Headlamp On (AHO) feature.

In terms of the chassis, the RS 200 uses a perimeter frame, a gas-charged (Nitrox) rear monoshock and grippy MRF Zapper radial tyres. There are no changes on this front.

How is it to ride

The RS has always been a good handler and remains so and feels more stable in corners compared to the NS 200 though the latter's front end is more communicative. The RS benefits from a slightly sharper rake and a stiffer setup and is quite capable on a racetrack as well.

The 199.5cc motor is tractable but tuned for top end whack that comes handy at the racetrack and is geared well to get off the line quickly. The engine is more refined than before though we encountered a small buzz emanating from the motor around the 5-6000rpm range.

Braking is courtesy a 300mm front and 230mm rear disc gripped by Bybre callipers. The bike gets an optional single channel ABS which, I felt, cuts in way too early. Braking remains effective and sure-footed nevertheless.

The Pulsar RS 200 is the quickest and best handling sub-250cc sportsbike from Bajaj yet. The update now makes the bike more refined and makes it look better as well. The bike is priced at Rs 1,21,881 (ex-showroom, Delhi) for the standard variant and Rs 1,33, 883 for the ABS variant, which is 42 thousand rupees cheaper than the sport-riding focussed KTM RC 200.

While the RS 200 hasn’t gotten better to ride, it is good to know that in the bid for cleaner tail pipes performance hasn’t been choked. As such, this Pulsar’s appeal remains largely unchanged. It is quick, handles well and is well suited for daily use. With the changes the RS 200 is kinder on the environment and while we still won’t call it pretty, the RS is much nicer to look at now. These steps, however small, are steps in the right direction. 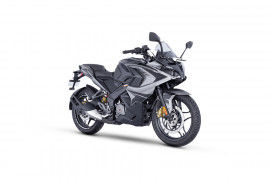