Hero MotoCorp has globally unveiled the all-new Glamour 125 which will soon be launched in India. We do a spec comparison of Hero’s latest upcoming offering with its closest rivals in the segment 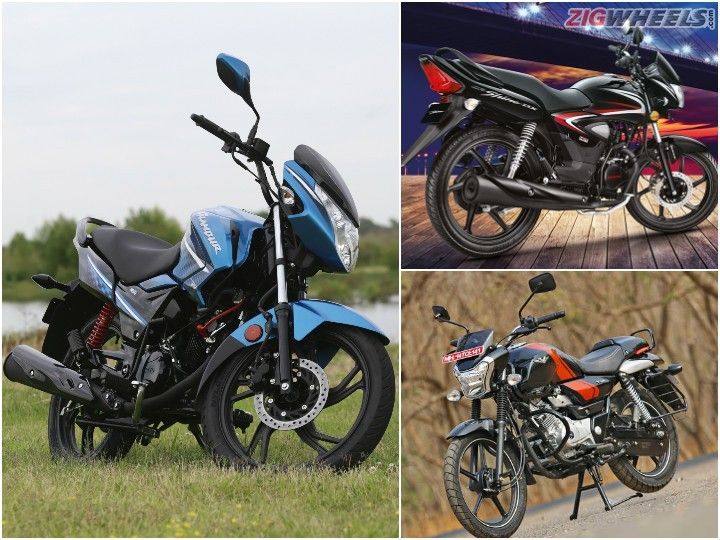 The all-new Glamour 125 has been globally unveiled by Hero MotoCorp in Argentina. After the reincarnation of the popular Splendor, Hero has now developed the Glamour, from the ground up, that is completely different from the Glamour being sold in the market currently. The bike has been designed and engineered at Hero’s Centre for Innovation and Technology in Jaipur. Like the current model, the all-new Glamour 125 has been unveiled in both carburetted and fuel-injected versions. Considering the higher sales figures of the carburetted variant, we do a spec comparison of the same with the Glamour 125’s closest rivals, namely – the Honda CB Shine and the Bajaj V12.

The Hero Glamour 125, Honda CB Shine and Bajaj V12 are all sized very similarly. The Glamour 125 sits between the other two bikes when it comes to length and width. It is, however, the tallest among the three. Additionally, the Glamour 125 has the shortest wheelbase of 1261mm, making it the easiest to manoeuvre around tight spaces. On the weighing scale, the Bajaj V12 is the heaviest at 133kg, followed by the Glamour 125 at 127kg and the CB Shine, being the lightest, at 123kg. In spite of having a long wheelbase and weighing more than the other two, the Bajaj V12 offers the highest ground clearance of 165mm as compared to 159mm and 157mm for the Glamour 125 and the CB Shine respectively. As far as the fuel tank capacity is concerned, the Honda comes with the smallest tank of 10.5 litre while the Glamour 125 gets an 11 litre and the V12 features the largest at 13 litre.

As far as mechanicals are concerned, the three bikes have been equipped similarly. At the front, all three bikes feature telescopic forks to take care of damping duties. There isn’t much difference between the three at the back, wherein the bikes are equipped with twin shock absorber, but have been set up differently as per the manufacturer. The Glamour 125 and CB Shine come with 5-step adjustable units while the V12 features gas-filled (Nitrox) shocks.

All the three bikes feature 4-stroke, single-cylinder motors with a marginal difference in displacements. The Glamour 125 and CB Shine get 124.7cc mills, while the V12 sports a slightly smaller 124.5cc mill. With the engine developed completely in-house by Hero, the Glamour 125 develops 11.4PS of power and 11Nm of peak torque. While the Bajaj V12 makes 10.7PS of power and 10.9Nm of peak torque, the CB Shine is good enough for 10.6PS of power and 10.3Nm of peak torque. From the figures stated above, it is clear that the engine of the all-new Glamour 125 leads the other two bikes, both in terms of power output and torque. All the three bikes feature carburettors on their engines. However, the Glamour 125 is the only bike in the 125cc segment that is offered in a fuel-injected variant as well. Transmission duties for all three bike is governed by 4-speed constant mesh gearboxes and chain drives for transmitting power to the rear wheels.

Fuel efficiency is a very important factor when it comes to buying a two-wheeler in India. In the 125cc segment, manufacturers are in a constant fight to provide a more powerful machine but with the fuel economy of a 100cc segment motorcycle. In this case, the CB Shine and V12 are claimed to return a fuel efficiency of 65kmpl, while the Glamour 125 has been reported by Hero to return 60kmpl.

Being projected as the more affordable version of the V15, the V12 misses out on several features. The main highlight of the bike is its aesthetics which are almost identical to the V15 giving the rider the feeling of riding a 150cc motorcycle. Other highlights include bold graphics, twin-pilot lamps, LED tail lamp and Bajaj’s DTS-i technology for efficient and strong combustion.

In the case of the CB Shine, the sleek looking bike has been equipped with features such as attractive graphics on body panels with a 3D Honda emblem on the tank, tubeless tyres and a maintenance-free battery along with a viscous air filter for better air purification. The CB Shine is offered in six colour shades, namely – Black, Maple Brown Metallic, Geny Grey Metallic, Rebel Red Metallic, Sports Red and Pearl Amazing White.

The newest bike of the lot, the Glamour 125, offers a fresh masculine styling with an impressive feature list. The bike gets stylish Y-spoke alloy wheels as opposed to 5- and 6-spoke alloy wheels on the V-12 and CB Shine respectively. It also gets an LED tail lamp with a distinctive design, analog-digital speedometer and digital fuel indicator and first in class Automatic Headlamp On (AHO) function. It also features Hero’s i3S technology that switches off the engine after few seconds when idling on neutral. The Hero Glamour 125 is offered in three colour options – Techno Blue with Black, Black with Sports Red and Candy Blazing Red.

Offering the bike as an affordable version of the V15, Bajaj has priced the V12 at Rs 56,283 while Honda has set a sticker price of Rs 58,125 for the CB Shine (alloy-self-disc variant). Although Hero is yet to launch the Glamour 125, the bike is likely to be priced a little higher, thanks to the features and equipment it comes with. Expect, Hero to launch the all-new Glamour 125 in India by late February or early March.