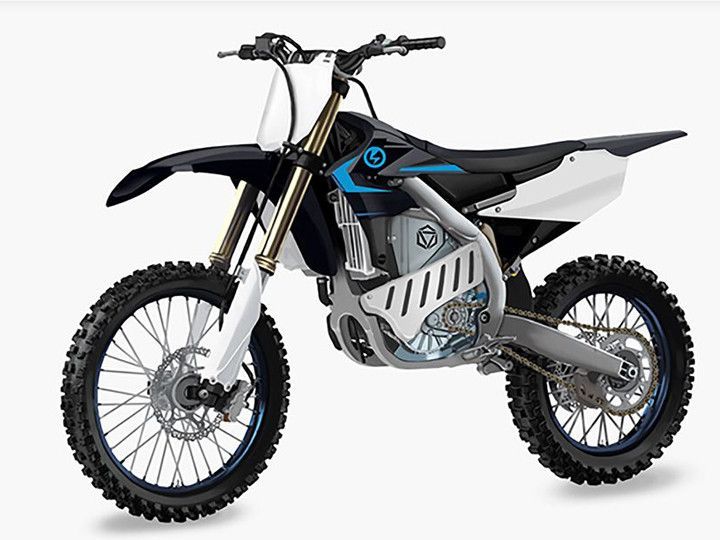 Electric vehicles are known to be versatile with limitless applications. Range, of course, is still an issue, but that is expected to get better with time. With this in mind, manufacturers are exploring several genres in which electric vehicles could thrive. The latest experiment comes from the Dutch.

Development service provider Dohms and electromobility specialist Eleo (formerly known as Spike Technologies) have co-developed an electric motocross bike. The idea was brought forth by Elmar Dohms, who's not only the head of the development, but also an MX racing rider and a motocross trainer.

The electric dirt bike is based on the YZ250F, courtesy of Yamaha Europe. It’s currently in the prototype phase, but is expected to compete in the 250cc motocross division. At its heart lies a powerful electric motor capable of delivering the same performance as 250cc bikes. Producing all of its torque from the get-go should make the bike more usable and a lot faster while getting off the line. It’s just down to the battery, which should sustain 30 minutes or more of continuous riding. Unfortunately, there are no numbers to swear by as of now.

But according to the company, the most significant advantage of the EMX machine is its computer-controlled power supply. In essence, you could easily adjust the motor’s power to mimic that of an 85cc or a 125cc motocross bike. The level of adjustability might appeal to many. As the battery is easily swappable, the machine can continue into a second heat immediately after the first session, thus enabling continuous operation.

Budding riders could detune the motor with the flick of a button, which would make the bike less intimidating to ride but still enough to gain experience. Later, instead of buying an all-new bike, the same electric motorcycle can be brought to prime potential to compete in the higher categories of EMX racing.

Not to mention, it’s easier to maintain as well, thanks to fewer moving parts. You'd only have to replace the transmission oil from time to time.

The prototype will soon undergo initial tests in the coming months. "We had to adjust our plans a little because of the Corona crisis. We have not yet been able to take part in international circuit tests that were carried out by the KNMV, for example," explains Kusters honestly. Nevertheless, he remains positive. "We could still develop a lot on the motorcycle. We will very soon be doing the first tests on a dirt track."

Electrics in the MX division make a lot of sense, considering dirt bikes aren’t about top-end performance. Rather, it’s how much power you can put down as quickly as possible without losing traction in the dirt. Besides, a quieter, emission-free bike would do more good than the conventional two-stroke MX bikes that cause noise pollution at more than 99 decibels.