What Will Be Toyota’s Honda City Rival? The Yaris Ativ Or The Vios? 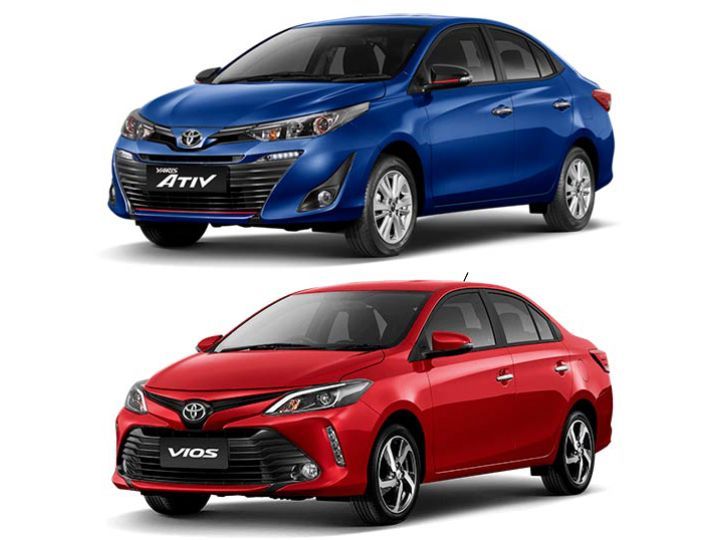 Toyota Kirloskar Motor has a range of products in its portfolio but only two have clicked well with the masses. Yup, we’re talking about the Innova Crysta MPV and the Fortuner SUV. Both products fall in segments which don’t bring in big sales numbers. That said, whatever numbers they bring in are enough for Toyota to survive and explore more opportunities in different segments in India. One of the several flourishing car spaces that Toyota has never explored in the country is the C-segment. In other words, it has never had anything to worry the Honda City, Maruti Suzuki Ciaz, Volkswagen Vento, Hyundai Verna and Skoda Rapid.

Well, part of it could be down to how India responded to the Etios sedan. Spec-wise, it fell in the middle of nowhere. Neither is it compact enough to claim the tax benefits of a sub-4 metre sedan, nor it is plush enough to worry the Citys, Vernas and Ventos. In short, it was outclassed on features and price by sub-4 metre cars like the Ford Figo Aspire, Hyundai Xcent and the Maruti Suzuki Dzire, and it was overshadowed by the C-segment sedans in terms of quality, performance and luxury.

The other reason could be the absence of a product capable enough to take them on from all fronts. However, it looks like that this aspect has been taken care of by Toyota. If we were to take a dope from our neighbouring countries, Toyota sells the Vios and the Yaris Ativ sedans. You don’t even have to dive deep into the history books to notice that many products from countries like Thailand and Indonesia soon made their way into India as well. Moreover, Toyota is not known to design a product that is limited to a single market.

What will come to India?

We’ll have to look at this objectively. But before we do that, let’s get the similarities between the two products out of the way. The first common thing is what lies underneath. They both ride on Toyota’s B platform, which is different to what the Etios is built on. Thanks to the common skeleton, both the Vios and the Yaris Ativ can potentially share the same engine-transmission combinations.

Let’s start with the Vios. The very first thing that clicks in our heads is that test mules of it in India have been spotted on a number of occasions. We can even trace one of those sightings back to February 2015. That’s just shy of three years ago. Then why hasn’t it gone on sale in India? The most plausible explanation comes from a boring but factual concept called economic feasibility. If Toyota opts for the Vios, it would lose the chance of undercutting the competition in terms of price. For instance, let’s take the price of the Vios in Thailand - it starts at an equivalent of Rs 12.05 lakh. Even if Toyota tries to unload a few standard features, gets enough localisation and then introduces the Vios in India, the entry level price would still be way above the likes of the Ciaz.

What about the Yaris Ativ then? Yes, this one makes more sense. Let’s start by looking at its price. In Thailand, it starts at an equivalent of Rs 9.48 lakh, which is promising. With heavy localisation and by tinkering with the standard equipment list, the Yaris Ativ could very well undercut its rivals from Hyundai, Honda, Volkswagen and Skoda, and give Maruti Suzuki a proper fight. Moreover, the Yaris Ativ has a hatchback sibling, called simply the Yaris. This hatch could potentially unsettle the current line of premium hatchbacks in India. That means the Hyundai Elite i20, Maruti Suzuki Baleno, Honda Jazz and the Volkswagen Polo will all gain a new competitor. And who knows, maybe the test mules spotted in India were actually the pre-facelift versions of the Yaris Ativ.

Since they both are underpinned by the same platform, they have an identical wheelbase of 2,550mm. In terms of length, width and height, the Vios measures 4,420mm, 1,700mm and 1,475mm respectively. While the height of the Yaris Ativ remains identical, it is 5mm longer and 30mm wider than its more expensive sibling. Predictably, it is the Vios that features the more powerful and bigger engine (1.5-litre petrol producing 108PS/140Nm), whereas the Yaris Ativ features a 1.2-litre petrol, generating 86PS/108Nm.

For India, however, Toyota is unlikely to bring either of those petrol mills. Instead, the company is expected to bolt on the tried-and-tested petrol and diesel motors from the Etios, albeit in more powerful state of tune. But the Etios stands on a different platform, correct? Yes. Before Toyota launches the Yaris Ativ in India, this is something that the company needs to work on to ensure that Etios engines work efficiently on the B platform.

So then, what have we learnt? In all probability, Toyota’s player for the masses is likely to be the Yaris Ativ and, eventually, the Yaris hatchback. When? Well, Toyota should not delay it beyond 2018. We are keeping our fingers crossed for the upcoming 2018 Auto Expo.

Suzuki-Toyota Join Hands To Introduce EVs In India By 2020