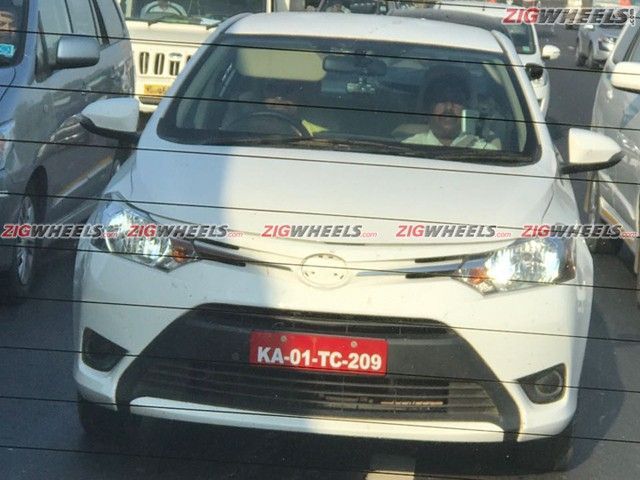 Toyota has been extensively testing the Vios sedan for the Indian market. Another test mule, with a temporary Karnataka number plate, was spotted recently in Lonavla. The car wore no camouflage but the Toyota logo was taken off the front grille. Nice try, Toyota, but we know it is the Vios sedan that’s being readied to counter the likes of the Honda City, Maruti Suzuki Ciaz and the Volkswagen Vento.

From the outside, the car looks more upmarket than its smaller sibling, the Etios. The front design is reminiscent of the Corolla Altis, thanks to the front grille and the swept-back design of the headlights. Just like the Etios, the Vios’ side profile looks rather simple, but the eight-spoke alloy wheels immediately demand attention. At the back, the wraparound taillights design has a touch of the Hyundai Verna.

Under the hood, it is likely that the test mule carries the same engine that does duty in the Etios sedan. While we expect Toyota to power the Vios with a new, more powerful engine, the Japanese car firm will probably tune up the same Etios engines – the 68PS 1.4-litre diesel and the 90PS 1.5-litre petrol – in order to match the performance figures of its arch rivals in India and to keep the costs in check.

Toyota hasn’t confirmed that the Vios will make its way to India and is currently just running tests and gathering relevant data to check the feasibility of this project. If approved – and we sure hope that it does – Toyota will launch the Vios towards the end of 2017 or early 2018.