Here Are Triumph’s Beauties Coming To India Next Year

Triumph promises to ride in nine models in 2021 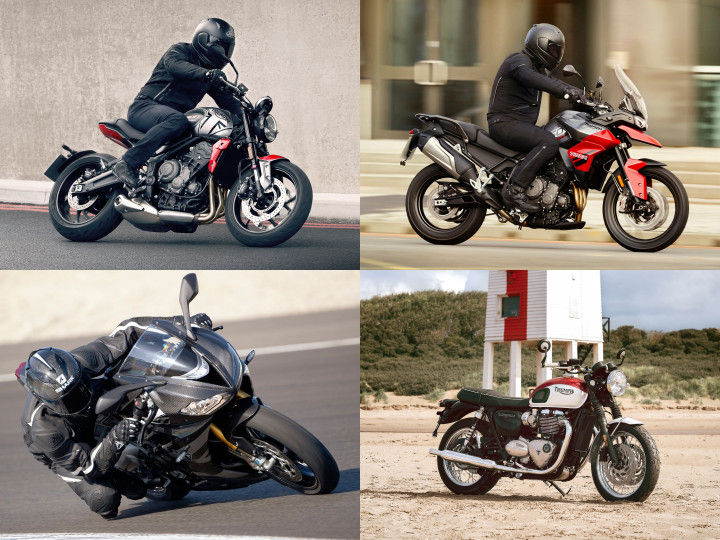 Triumph was pretty much one of the first big bike manufacturers to start selling BS6 bikes in India. A few Bonneville models were updated in January with further models such as the Street Triples and the Tiger 900 arriving shortly after the lockdown was relaxed. Not to forget, the Rocket 3 was already launched in late-2019, right on the cusp of India Bike Week 2019. So, what bikes will the British marque bring to the country in 2021?

Trident
Expected Price - Rs 7.20 lakh
Expected Launch - Q1
One of the most anticipated big bike launches of 2021, the Triumph Trident is all set to make the brand and its triple-cylinder pedigree more accessible. Meant to take the Kawasaki Z650 head on, the Trident will bear a 660cc triple-cylinder engine. Performance is meant to be accessible but what the Trident aims to do is bring Street Triple-like handling genes in an affordable package. It may not come with an adjustable suspension or monobloc calipers but what you will get is a competent package, which does not cost a lot more than the Z650. If Triumph gets the pricing right, it is going to be quite a hot seller.

Tiger 850 Sport
Expected Price - Rs 11.5 lakh
Expected Launch - Q2
India’s most popular adventure tourer is all set to get a tame road-centric model: the Tiger 850 Sport. It uses the same 888cc triple engine like the Tiger 900 but it arrives in a lower state of tune. It also has road-biased tyres, non-adjustable suspension, and no six-axis IMU-aided electronic aids. What it does offer is an amuse-bouche into the Tiger family. The Tiger 850 Sport will arrive shortly after the Trident.

Special Edition Bonnevilles
Expected Price - Rs 9.5 lakh onwards
Expected Launch - Q2
Triumph has also claimed we will see a few special edition models from the Bonneville range in 2021. Last year, the company finally brought the Black edition bikes and now we can expect to see limited edition models like the Bud Ekins T100 and T120 or even the T120 Diamond Edition. These will be mere aesthetic updates of the bikes with no changes to the mechanicals or the engine.

Other Possible Launches
We have been longing for a Daytona 765 ever since we rode the Street Triple with the same motor. After supplying the triple motor to Moto2, we thought Triumph would be making good use of its learnings from the prototype racing series towards the next-gen Daytona. Sadly, we have just had a limited series Daytona 765 Moto2 edition so far. Will 2021 finally be the year we get the middleweight sportbike that we dream of? Let’s keep our fingers crossed.