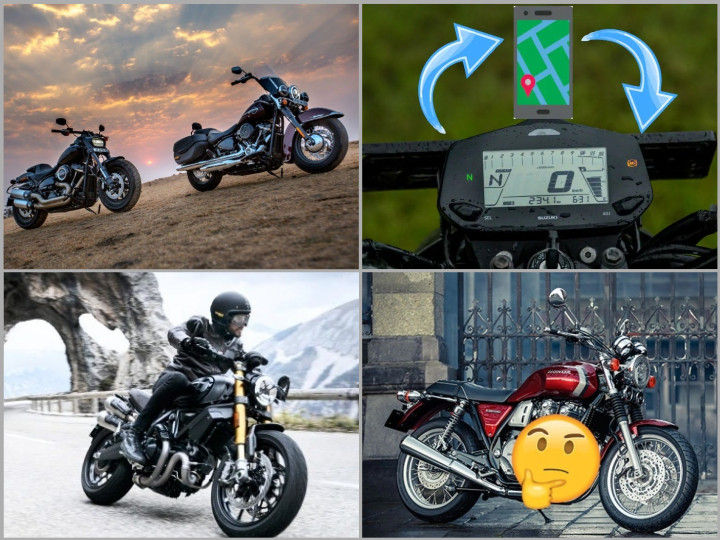 This week has been one of the most action-packed ones post the lockdown. We witnessed a number of interesting developments both in the local and international spheres. It feels like all these developments have sort of balanced out the biggest and saddest news of the week, Harley-Davidson’s exit from the India market. Here’s a recap:

Yes, it is official. Harley-Davidson has ended its eventful ten year stint in India owing to major change in its business plan. You might wonder: what happens to owners of Harley’s cruisers in India? Well, here are the answers.

Honda is all set to launch its highly-anticipated retro motorcycle in the country on September 30. Recently, we’ve come across trademark filings of the words “H-Ness”, “Highness” and “Rebel”. What exactly will it be called? Find out here.

Ducati has launched its second BS6-compliant motorcycle in India, the Scrambler 1100. Prices start from Rs 11.95 lakh (ex-showroom India), making it around Rs 1 lakh more expensive than the BS4 version. Here’s what Ducati offers for the extra moolah.

TVS has made the Apache RTR 200 4V a little more affordable by launching a less expensive variant with a single-channel ABS. Unlike the dual-channel ABS variant, this one doesn’t come with a rear wheel lift off protection. That said, the rest of the features remain unchanged. Here’s how much you’ll have to shell out for this variant.

Suzuki has sent us a ‘Block Your Date’ invite for October 7. The invite had the tagline ‘Introducing A Superior Way To Ride’. We have a fair idea about what it’s going to be.