It is around Rs 6,700 more expensive than the older BS4 version 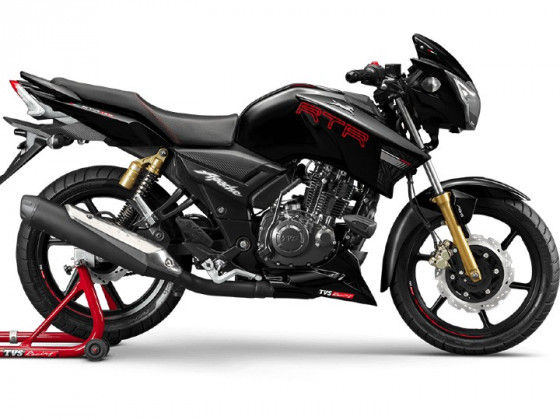 TVS has silently launched the Apache RTR 180 BS6 in India at Rs 1.01 lakh (ex-showroom), making it Rs 6,704 more expensive than its predecessor. With this, the entire TVS Apache Range is now updated to meet the upcoming BS6 emission norms. However, the RTR 180 has received the same updates as we had seen on the RTR 160 2V BS6.

In terms of design, it looks the same as the older model. There are no new paint options or new decals. You still have the option to choose a colour scheme: white, grey, black and blue. However, the 2020 Apache RTR 180 BS6 is equipped with GTT (Glide Through Traffic) feature where the rider doesn’t have to modulate the clutch or twist the throttle at low speeds. This is the same feature seen on other Apache range of motorcycles.

You might think that the addition of a new cat-con would have increased the weight of the motorcycle quite significantly, but, in fact, it is just 2kg heavier than before, at 141kg. At 1300mm, the wheelbase is now 4mm longer than its predecessor. And although there’s a new cat-con, the ground clearance is increased by 5mm, at 170mm.

The spec sheet says the same thing as most of the other BS6-compliant two-wheelers -- slight difference in power weight has gone up. The updated 177.4cc fuel-injected motor now makes 16.79PS, 0.17PS more than the BS4 version. At 15.5Nm, torque is similar to the older model. Transmission duties are still handled by a five-speed gearbox. Apart from that, the chassis, suspension and the braking hardware are exactly the same as before. Hence, we expect the performance of the BS6 version to be similar to the older model.

It goes up against the Bajaj Pulsar 180F, which is also all set to be launched in its BS6 avatar soon. 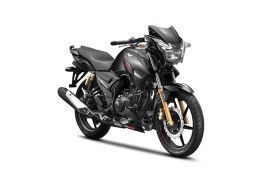