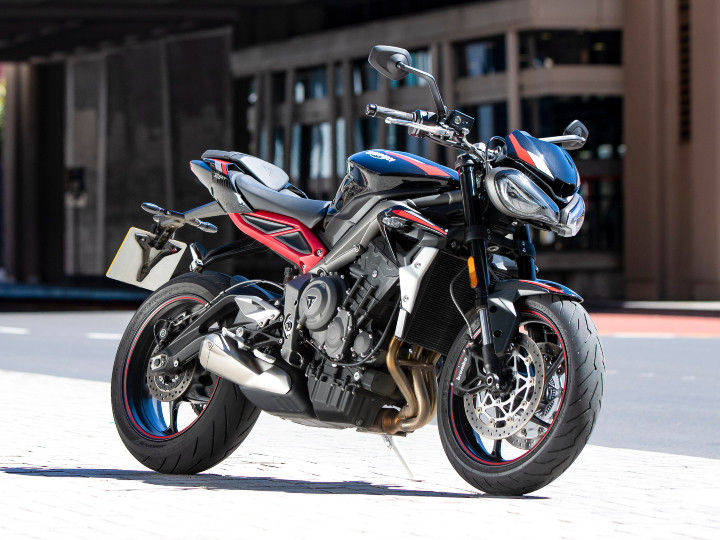 After months of speculation about its arrival date, Triumph India has announced that the Street Triple R will be arriving on our shores on August 11. The R trim will be the new base model for India as the 2020 S variant, which now gets a smaller 660cc engine, will no longer be available here. The older S model, with the 765cc engine, was priced at Rs 9.13 lakh. Expect the new R trim to be priced just a smidge higher, roughly at Rs 9.50 lakh (all prices, ex-showroom India).

This is the first time Triumph will be selling the R trim of the Street Triple 765 in the country. In its earlier 675cc avatar, only the base trim was offered while the R model was reserved for the Daytona 675. Even after the engine displacement was increased, Indian enthusiasts were only offered the S or the RS variants. The allure of the R trim is that it offers as sophisticated and thrilling a riding experience as the RS but for a small price premium over the S. To know what separates the R from the RS variant, you should check out this story.

Earlier this year, Triumph gave the whole Street Triple family a mid-life update of sorts. The RS became a well-rounded package, the S made sense for countries with licence restrictions (like European ones that adhere to the A2 licencing scheme) and while the R got a few extra riding aids, it was robbed off a few good features as well.

For starters, it gets the same bar-style LED DRL over the bug-eye LED headlights. The engine tune on the 765cc triple still makes more power than nearly all of its rivals barring the Street Triple RS and the Kawasaki Z900. It now gets a bi-directional quickshifter as standard and switchable ABS and traction control.

What it misses out on is the lovely colour-TFT dash, which is now exclusive to the RS model. We are unsure whether you can accessory fit it on to the R variant like you can on a few similar displacement bikes, but nearly all of its class rivals have this feature. And since you don’t have the dash, you also don’t get the smartphone connectivity module or the GoPro controllability feature like on the RS and a few other Triumphs.

Nevertheless, you still get fully adjustable Showa suspension units at both ends. It uses Brembo M4.32 monobloc calipers and not the more powerful M50s, found on the RS. Even though the 17-inch rims on the R variant aren’t shod with Pirelli Diablo Supercorsa V3s but with Diablo Rosso 3s, we guess the latter ones are a better bet for our erratic road conditions. Plus, they will be significantly cheaper and last a few thousand kilometres extra than the almost slick Supercorsas.

This is also likely to be the last new Triumph bike to be launched in the country this year. BS6 versions of the existing models will arrive in due course but for now, we do not expect more new models from the British marque anytime soon.